The upcoming Samsung Galaxy A53 model came to the Chinese TENAA office, thanks to which we got to know not only the appearance, but also the official specification of the smartphone. 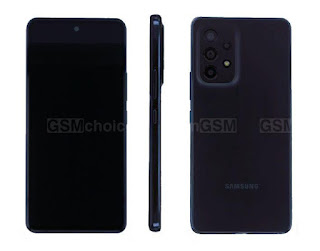 The premiere of the Samsung Galaxy A53 model is expected in the spring - and we can be almost sure that - like its predecessors - the new variant of the Galaxy A5x series will enjoy a lot of customer interest, especially in operator offers. What will the new model offer? Thanks to the TENAA office , we know that the Samsung Galaxy A53 will receive a 6.46-inch AMOLED display with Full HD + resolution. There should be an increased refresh rate of the image. A fingerprint reader will probably be hidden under the screen, and in the upper part of the display we will see a hole for a 12-megapixel selfie camera.

The rear camera, as in the previous generations, will be quadruple, with 64, 32, 5 and 5 Mpx matrices - the additional ones will probably be responsible for wide-angle photos, macro and background blurring. It is worth praising the lack of poor 2 Mpx matrices, but you should also mention the possibility of a different camera system. The front one can be 32 megapixel and the wide angle - 12 megapixel. The confusion is due to an unclear entry in the official tables. It reads literally:

Apparently, the Chinese editor had a worse day, because he entered the matrices a bit chaotically, while the photo of the device clearly shows that there is one camera on the front and four on the back. What we can be sure of: 64 Mpx in the main matrix on the back, as well as 2X5 Mpx next to it.

Traditionally, TENAA does not specify the type of processor, but the Exynos 1200 will probably be used here . TENAA reports that the Galaxy A53 will have 8 GB of RAM and 128 or 256 GB of flash memory. There will also be a microSD card slot - but there will be no minijack. The smartphone will be powered by a 5000 mAh battery, charging with a power of at least 25 W - but without a quick charger included . The appearance of the device - which we have already unofficially got to know, will refer to the previous model. Galaxy A53 is to measure 159.5 x 74.7 x 8.1 mm and weigh 190 g.

at February 20, 2022
Email ThisBlogThis!Share to TwitterShare to FacebookShare to Pinterest
Labels: Smartphones