How to use your smartphone as a remote control

Can I use my smartphone as a universal remote control ? Even if voice commands now embrace an ever wider range of devices, in every home there are numerous remote controls to control TVs, sound systems, appliances and various accessories . These wireless accessories usually run on batteries - apart from the modern ones that also do not have batteries - relying on communication via infrared , but for those who want to seek a bit of minimalism and eliminate as many devices as possible, or in case of loss or breakdowns, here comes the smartphone to the rescue. Here are the apps to focus on, both for Android phones and for iPhones. 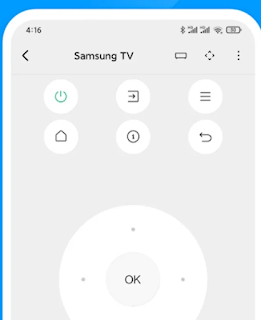 How to use your Android smartphone as a remote control

There are numerous applications for Android that transform the smartphone into a universal remote control for practically every device, therefore not only the TV but also appliances, sound bars and speakers and so on. Among those released for the longest time there is Sure which uses the infrared port (if present) or the wi-fi network to which you can connect the mobile phone and the device to be controlled with a wide choice of supported brands. Alternatively, there is the excellent Xiaomi Mi Remote Controller , which focuses on a clean style and which works with a large number of other brands, finally the Universal TV Remote Control app (free, but watch out for the many advertisements).

How to use iPhone as a remote control

The aforementioned Sure app (free, but with advertising) also works on the iPhone and offers the same features as the counterpart for Android. Another option is given by the software called Tv Remote , which however requires a subscription to eliminate the (numerous) advertisements. We remind you that it is always possible to use the Control Center function to control the Apple TV and there is the official Fire TV app if you are using the Amazon multimedia key.

at March 27, 2022
Email ThisBlogThis!Share to TwitterShare to FacebookShare to Pinterest
Labels: Smartphones