Oppo has introduced its own cheap Smart A16E which is characterized by its large battery.

The Oppo A16E will first go on sale in India, after which it is likely to be introduced in other countries soon. 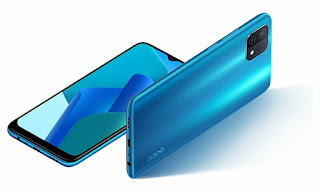 As mentioned above, the highlight of the phone is its large battery which is 4230 mAh.

Similarly, the 6.52 inch LCD display is part of the phone which has a 5 megapixel camera hidden in the water drop notch.

The back of the phone also has a 13-megapixel camera with LED flash.

There is a USB port for charging and a headphone jack.

The phone will be available in Black, Blue and White colors.

The company has not yet announced the price and availability date

at March 21, 2022
Email ThisBlogThis!Share to TwitterShare to FacebookShare to Pinterest
Labels: Smartphones