Is it a silent heart attack? 10 symptoms that could indicate this

A heart attack is associated with a strong, burning pain in the chest. However, it does not always have to be this way - it happens that the symptoms of a heart attack are not obvious at all and indicate completely different ailments. However, the effects of a silent heart attack can also be severe. So it's worth finding out about the symptoms that you may be having. 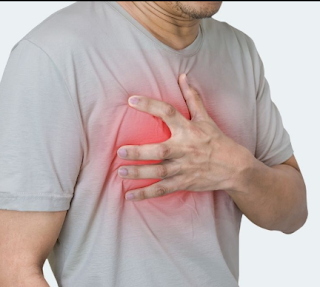 A silent heart attack is sometimes called a silent infarction or "passed infarction". The elderly, overweight, with high cholesterol levels, as well as those suffering from chronic diseases, including diabetes and hypertension, are particularly exposed to it, though not only, because they feel pain less.

Each of the above symptoms may indicate many other ailments, which is why a silent heart attack is so dangerous - symptoms that indicate it are often ignored, because maybe they will "pass by themselves". And this is often the case.

However, non-specific symptoms do not mean that the history of such an infarction cannot be recognized. There is almost always a characteristic mark on the heart of a person who has had a silent infarction - there are no more living cardiomyocytes in the area of ​​the myocardium where the infarction occurred, that is, the tissue that conducts electrical potential.


During the ECG examination, the doctor will notice a scar there, which as a result of the examination he describes as the so-called pathological Q waves. This shows that the heart tissue has been permanently damaged.
at April 07, 2022
Email ThisBlogThis!Share to TwitterShare to FacebookShare to Pinterest
Labels: Health