Let's start with the technical specifications to know what exactly we are talking about. 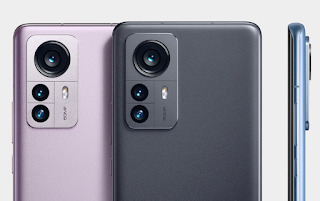 The construction of the Xiaomi 12 Pro is at the highest level. On the back we have glass (Gorilla Glass) nicely matted, so there is no question of fingerprints or dirt and you can risk carrying the phone without a silicone case (it is in the box). The rectangular island of cameras is also matted, which looks very aesthetic and coherent. The frame is made of aluminum. There is no mini-jack input for headphones and space for a memory card. There are, however, Harman Kardon signed speakers, and four of them. Although only two are visible, on the top and bottom edges. They play very well. There is also an infrared port for controlling home appliances. 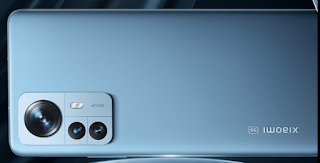 Xiaomi 12 Pro displayit is also top notch. The only caveat may be to those who like flat screens rather than curved sideways. Of course, it's AMOLED with a diagonal of 6.73 inches, LTPO, i.e. refreshing from 1 to 120 Hz, WQHD + resolution, 521 PPI. Except that we have FHD + set and if we want more, we have to raise it in the settings. Standard brightness - 1000 nits, maximum 1500 nits.

The colors are beautiful, the viewing angles are excellent, it is hard to have any objections to it. There is AoD, we can choose between patterns and themes, notifications from all applications are shown. A fingerprint reader has been sewn into the display, which works well, but not great. You have to hold your finger a bit longer, I had to write it down a second time to make its operation acceptable.
The performance of the Xiaomi 12 Pro is excellent. Snapdragon 8 Gen 1 and 12 GB RAM, which can be further increased by 3 GB using the resources of built-in memory (256 GB), ensure work at the highest level. But the phone gets hot. With the AnTuTu Benchmark test, where he scored 949,300 points. - very. When playing - also. For normal activities (Internet, video, YouTube) a little. Pictures and movies - a little harder. Fortunately, in no situation - mainly when playing - was there a performance drop, even when the phone was very warm.
The Xiaomi 12 Pro software is refined but specific. Because there are many things waiting for users that are better to improve manually, and not everyone needs to know about it. Notifications come off without much delay. Although, of course, it is better to enter the battery settings and check in "battery saving by applications" whether the applications that are important to us have the "unlimited" setting. The battery charges with a power of 120W, but only theoretically. We practically have to enter the settings and switch the slider to "accelerate the charging speed". Otherwise, we will not use the full power of the charger and instead of a quarter of an hour, we will charge the smartphone in twenty minutes. Still fast, but not as the producer boasts.
The battery in the Xiaomi 12 Pro has a capacity of 4600 mAh. Other manufacturers manage to pack 5,000 mAh in thinner devices. But as I wrote, it takes a quarter of an hour to charge it after turning on the unlimited 120W mode with the charger. So in this respect it is perfect. In addition, we have wireless charging that supports 50W, so if we have such a charger, we can charge the smartphone in about 40 minutes. Revelation. Xiaomi 12 Pro also supports reverse charging.
at April 01, 2022
Email ThisBlogThis!Share to TwitterShare to FacebookShare to Pinterest
Labels: Smartphones