Afghan women have opposed the Taliban's order to wear the burqa in public, calling it "imprisonment."

Afghan women have opposed the Taliban's order to wear the burqa in public, calling it "imprisonment." 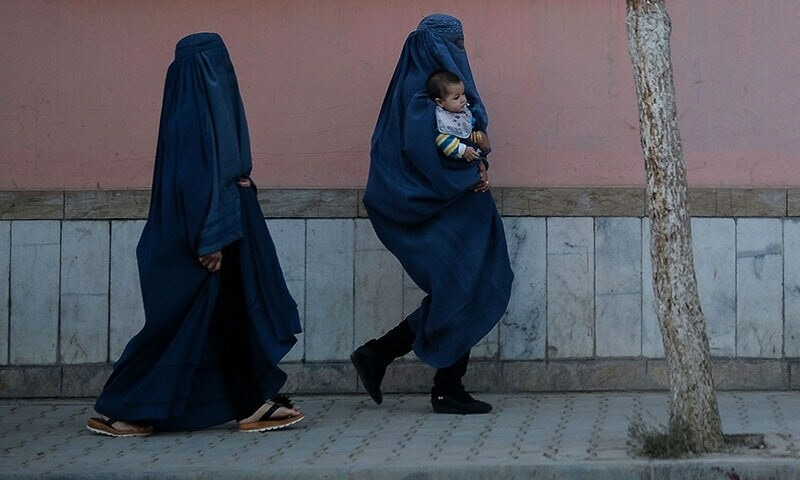 It should be noted that this act of the Taliban is a violation of the promises made to the international community regarding 'easy government' after coming to power.

The decree issued by the Taliban leader emphasizes that women working in the government will be fired if they do not comply with the 'orders' issued by them, as well as if the employers If the daughters and wives of the men do not follow the orders then these men will also be fired.

UN officials in Afghanistan have condemned the order, saying it could raise further "concerns" between the Taliban and the international community.

As of Sunday, however, there were no signs of Kabul following the Taliban leader's orders, as several women were seen on the streets without their faces covered.

But in the southern Afghan city of Kandahar, which is considered the center of the Taliban's real power and where Taliban leader and Taliban leader Hebatullah Akhundzada resides, women have been seen wearing burqas.

But since the return of the Taliban, they have imposed strict restrictions, including barring women from doing government work, obtaining matriculation and traveling alone outside their hometowns.

I think that the new decree would have a very negative impact on women's personal and working lives.

But Akhundzada's order  has also troubled many women to protect their male guardians.

at May 09, 2022
Email ThisBlogThis!Share to TwitterShare to FacebookShare to Pinterest
Labels: Afghanistan, Women