FIR filed against senior journalists for alleged criticism of "state institutions. All them are well-known and seasoned journalists. They won’t utter a word without a prove. 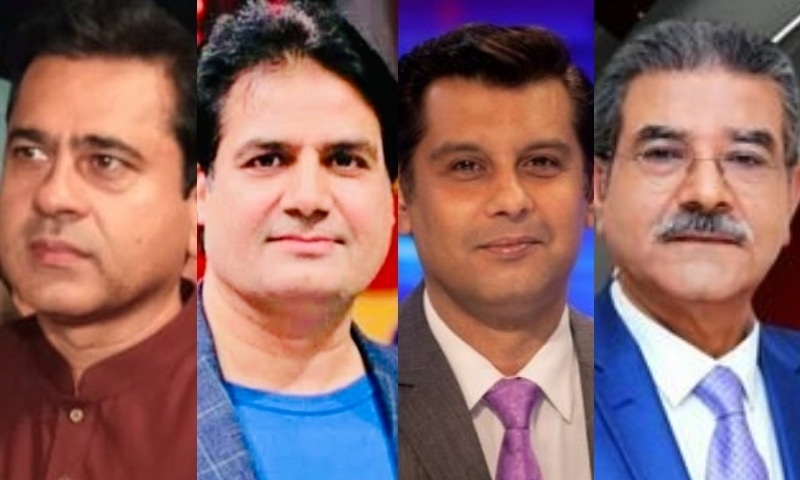 Journalists Imran Riaz Khan, Sabir Shakir, and Arshad Sharif have all been charged with insulting governmental institutions and inciting insurrection.

The FIRS was filed under the Pakistan Penal Code sections 131 (incitement to mutiny), 153 (incitement to rioting), 452 (terrorism), and 505 (statement inciting violence).

The Pakistan Electronic Media Regulatory Authority (PEMRA) issued a warning on Monday against broadcasting information that tries to denigrate state institutions, the military, and the courts.

The PEMRA decision came after a similar warning on May 9, when it warned private electronic media not to broadcast anything critical of the military and courts.

According to a Pakistan Army official, the campaign involved some political leaders, journalists, and analysts making unsubstantiated, libelous, and aggressive statements and remarks on a variety of venues, including public forums and social networking sites.

The question is: Who is behind this?

All them are well-known and seasoned journalists.  They won’t utter a word without a prove.

Journalists and human rights activists have expressed concern about the trend, claiming that it is being used to curtail free expression and chill news reporting.

Pakistan is already in political turmoil. At this time this kind of action against some reputed journalist is not good for the image of the country.

The goal and importance of journalism is to enlighten society with the information they need to live their lives. People require information in order to make decisions regarding many issues."

The world would be uneducated if journalism did not exist. Unfortunately, feudal mindset of leaders has always created problems for journalists in Pakistan.

at May 23, 2022
Email ThisBlogThis!Share to TwitterShare to FacebookShare to Pinterest
Labels: Pakistan