Once known as the Crypto Queen, she is now Europe's most wanted fugitive.

The founder of the crypto scam OneCoin, has been added to Europol's most wanted list. The Bulgarian citizen and master fraudster was put on the wanted list for her role in the OneCoin cryptocurrency scam.

According to the description on Europol's website, "Dr. Ruja is suspected of convincing investors all over the world to invest in this actually worthless currency as the driving force and intellectual inventor of the alleged cryptocurrency OneCoin." 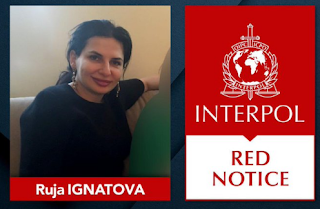 The police department also states that she has been missing since October 2017. A reward of €5,000 is also being offered to anyone with information that leads to her arrest.

The OneCoin scam, which occurred in 2017, is widely regarded as one of the largest in history. The coin became an alternative to Bitcoin, which attracted investors from all over the world.  The pyramid scheme was so successful that it attracted more than £12.7 billion in investment. Ignatova is frequently compared to the infamous conman Bernie Madoff.

The scam was even the subject of a BBC podcast show called "The Missing Cryptoqueen." Jamie Bartlett's book of the same name inspired the podcast.

Most of the people involved in this scam have been arrested, much to the relief of investors. Co-founder Karl Sebastian Greenwood, Ignatova's brother Konstantin, her corporate lawyer Mark Scott, and her former lover Gilbert Armenta are among those involved.

Jamie Bartlett thinks that Ignatova might be traveling with a fake passport, a fake name, or even a mask. As a result, the likelihood of her arrest is remote. Still, if she is caught, her trial will be something that everyone in the crypto community is looking forward to.

at May 18, 2022
Email ThisBlogThis!Share to TwitterShare to FacebookShare to Pinterest
Labels: World