The Realme Narzo 50 Pro 5G is expected to launch in India soon, with two variants: reports 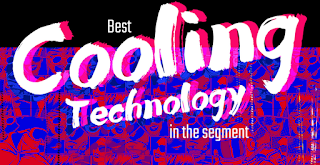 Although the features of the Realme Narzo 50 Pro 5G have not been confirmed, the smartphone is expected to be on the top end of the Narzo 50 series' pricing range. The expected characteristics concern the smartphone's storage capacity and colors, which will most likely be available in India..

Realme has created a separate webpage confirming the existence of the Realme Narzo 50 5G edition, which is a 5G-enabled variant of the original Narzo 50. On the microsite, the business says that its Narzo 50 5G series would include the fastest 5G CPU in the class as well as the greatest cooling technology. The MediaTek Dimensity 810 SoC is expected to power the Realme Narzo 50 5G, along with 6GB of RAM and 128GB of internal storage. It is also likely to ship with the Realme UI 3.0 custom skin, which is based on Android 12.

at May 10, 2022
Email ThisBlogThis!Share to TwitterShare to FacebookShare to Pinterest
Labels: Smartphones