US dismisses Imran Khan's allegations. It will not stand in the way of relations with Pakistan 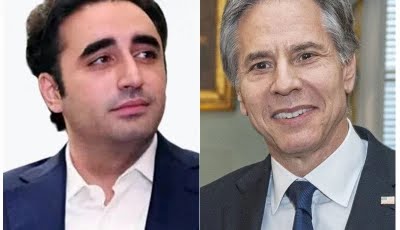 The United States has made it clear that Imran Khan's allegations will not stand in the way of relations with Pakistan.

US State Department spokesman Ned Price once again dismissed the PTI chairman's allegations as propaganda, misinformation, misinformation and lies, He said that the US valued relations with Pakistan.

He said he was not aware of any scheduled meeting with Pakistani officials immediately. Last week, US Secretary of State Anthony Blanken and Foreign Minister Bilawal Bhutto held detailed talks on advancing bilateral relations.

It is good to hear that the Biden Administration still wants to relations with Pakistan despite the crisis created by Imran Khan.

It appears to me that Foreign Minister Bilawal’s call to Mr. Blinken helped eased the tension caused by Imran Khan’s government.

Pakistan cannot afford the fight with the sole super power of the world. Imran and his party’s propaganda against Biden Administration is not help us. Instead it has started creating problems for us in Europe too.

at May 10, 2022
Email ThisBlogThis!Share to TwitterShare to FacebookShare to Pinterest
Labels: Pakistan, US