Manora Island has a rich history that must be preserved and promoted. 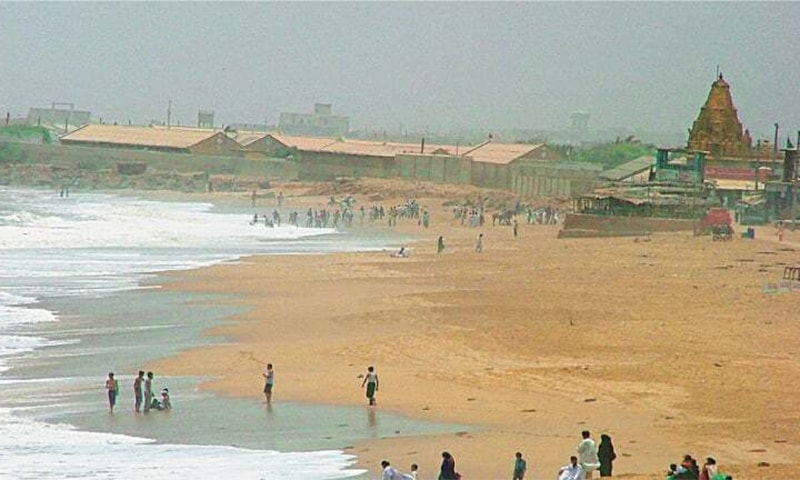 Manora is a small island in Karachi's southwest. It was once a fishing village. Because of naval installations, it became an important island after independence.

People go to Monora by boats and ships. I remember my father was posted at F.G. Public school at Manora.  We used to go there by ship called Surkhab, which was managed by Karachi Port Trust.

It is also connected to the ground by a narrow ground passage.

Picnics on sandy beaches are quite popular among visitors from Karachi. Palm trees line its northern shoreline, providing not only scenic value but also a nursery for prawns and tiny fish. Local fishermen rely on these prawns and fish for a living.

In terms of ecology, culture, and society, Manora has a long history. Travelogues and stories in Ottoman, Arabic, Persian, Portuguese, and English, as well as local literature, all reference it.

The island's historic architecture bears witness to its aesthetic and cultural legacy, visually connecting it to the past.

Many historical and religious sites can be found on this small amount of land. Shri Varun Deo Temple, Hazrat Yusuf Shah Ghazi Shrine (these are among the four elders said to protect Karachi from disasters), a Sikh Gurdwara, colonial buildings such as the church, Lighthouse, and Deputy Commissioner (DC) Guest House, an ancient fort built by the Talpurs (who ruled Sindh from 1783 to 1843) and many other residential and office buildings are among these places.

Unfortunately, this lovely island is not without its problems. Manora has a water scarcity due to its remote location from the rest of the world, and relies primarily on tankers to meet its needs. Residents here continue to struggle with a lack of clean water.

This area's natural beauty is  breathtaking. However, floating debris, oil, sewage, paper, and plastic are among contaminants found in seawater. On the way to Manora, the pollution is obvious. Marine life and the coastal economy are both harmed by pollution in the port region.

Manohra's oldest residential sector is Old Salehabad. It's a low-income, highly crowded neighbourhood. The majority of the people who live here are fishermen.

The new settlement, known as New Salehabad, is home to a middle-income group, primarily retired KPT employees and residents from various localities. KPT, Manora Cantonment Board, and Pakistan Navy are the primary players in Manora. These agencies are in charge of meeting civic demands as well as ensuring the availability and upkeep of vital infrastructure in their areas.

Manohra's construction demonstrates that there was no blueprint for it. Buildings from the past are slowly collapsing or collapsing. Various institutions changed the edifice created here at their discretion, and it lost its original form.

On the available land, numerous new buildings have been constructed, which have little to do with the area's rich historical and environmental setting. These cutting-edge structures were built without any planning, and as a result, the manor is on the verge of total and irreversible destruction. Manora's environmental and visual assets, as well as its identity, are also at stake.

Manora has the potential to become a great tourism attraction both nationally and globally due to its rich multifaith and multicultural heritage and magnificent sandy beaches. The government has expressed interest in turning the island into a recreational destination, but without proper planning, measures could negatively impact the island's ecological, social, economic, and local landscape, putting the local inhabitants at risk.

Manora's everyday existence is extremely different from that of a city like Karachi, but it is nonetheless on the same road of history, urban decline, and transformation as many other cities in the region.