iOS: This is why automatic updates arrive late

One of the aspects that most distinguishes iOS from Android is undoubtedly the theme of updates . If for devices based on the Google operating system it is necessary to wait several weeks before a certain firmware is released for all products of the same family ( just follow the release of One UI 4.1 to notice it ), at Apple, things are very different, since all the company's smartphones are updated on the same day, at the same time, in all world markets. This, however, provided you manually search for the update . 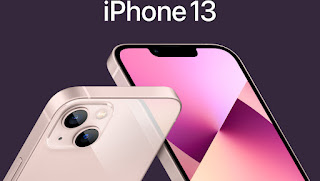 Yes, because things change if you do not constantly follow the release of iOS updates and instead choose to let the system automatically install the new updates . In this case , the timing changes considerably and it often happens that updates are not notified even for several weeks after their official release. Why this difference in treatment? To give a definitive answer to the question is Craig Federighi , who - as reported by MacRumors - addressed the issue in an email sent to a particularly curious user.

In short, Federighi explained that the automatic update system generally takes between 1 and 4 weeks to download and install the latest version of the operating system and that this speed is directly related to the feedback Apple has received from the early adopters who have installed. the latest iOS build manually. In this way it is possible to slow down the diffusion of the firmware in order to counteract the possible spread of some critical bug present within it and thus avoid affecting all the iOS devices in circulation.

In short, the automatic system also has the task of protecting less experienced users from potential problems and this means that manual installation of the latest build is not always recommended. So if you are not particularly interested in having the latest update installed at the time of release, perhaps it is better to let iOS do the operation independently.