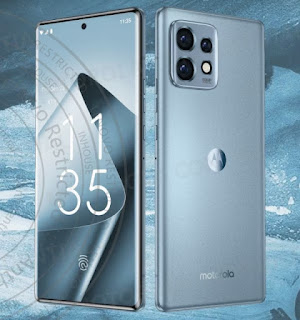 Motorola is preparing another flagship smartphone Moto Edge 40 Pro. It is to be a global variant of the Motorola Moto X40 known from the Chinese market .     Since we are dealing with only a simple rebranding, it is not difficult to guess what the new model will offer.   We expect everything that the model from the Chinese market offers. We will see a 6.67-inch OLED display with Full HD+ resolution, 165 Hz refresh rate, 10-bit color palette and bent edges, "decorated" with a hole for a 60-megapixel selfie camera.   Under the screen there will be a Snapdragon 8 Gen 2 processor that probably works with LPDDR5x and UFS 4.0 memories with capacities from 8+128 GB upwards.   On the back of the housing there will be two 50-megapixel cameras (main and wide-angle) accompanied by a 12-megapixel camera with a telephoto lens. The whole is powered by a battery with a capacity of 4600 mAh, charging wired with a power of 125 W, and wirelessly - 15 W.   The sm
Post a Comment
Read more

Frequent hypoglycemia is hazardous for diabetics.

- January 29, 2023
Frequent hypoglycemia is hazardous for diabetics. Despite the fact that diabetics are at a greater risk for vision loss, patients who frequently experience low blood sugar may experience slightly more eye damage. As a result, frequent low blood sugar levels can exacerbate vision problems associated with diabetes. Scientists from the Johns Hopkins University School of Medicine reported that as a patient's blood sugar level decreases, the oxygen supply to the eye's associated cells is also impacted, and as a result, this process may occur repeatedly and cause vision loss. In this study, human and rat retinal eye cells were grown in the lab by depriving them of sugar abruptly, and the results were recorded. The study is published in the most recent issue of Cell Reports, a scientific journal. According to the findings of university researcher Akrit Sodhi and his colleagues, diabetics who take insulin and experience twice-daily blood sugar drops below the normal range may experienc
Post a Comment
Read more

- January 26, 2023
A study published in the journal "Aging Cell" shows that popular drugs used to treat cardiovascular disease can slow down the aging process. Although the analyses involved animals, the authors believe that they may prove to be an effective anti-aging strategy.   The most effective anti-aging intervention today is considered to be a calorie-restricting diet. But as the experts point out, analyses of calorie restriction in humans have yielded mixed results. New research has shown that there is already a drug that may prove to be a reasonable solution.   Hypertension drugs can prolong life A group of researchers from Europe and the United States has made a remarkable discovery. Scientists have proven that rylmenidine prolongs life and improves health indicators in animals. The drug is currently used in patients with hypertension.   The benefits observed by the investigators related to the treatment of rylmenidine niceni C. elegans. Unlike other drugs studied
Post a Comment
Read more 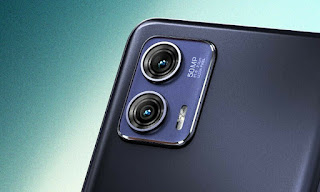 Multinational American company Motorola quietly introduced two 'G' series phones, they are being described as the company's cheap and quality phones this year.   Motorola is going to introduce two more phones soon, but the company has now introduced 'Moto G53' and 'Moto G73'.   Moto G73   The company made this mobile 5. The 6-inch screen is presented with android 13's operating system.   The phone has a MediaTek Dimensity 930 chip and a CPU of Dimensity 920.   The phone is offered with a single module i.e. 8 GB RAM 256 GB storage.   The Moto G73 has two cameras on the back, out of which the main camera is 50 megapixels and the other is 8 megapixels.   A 16-megapixel selfie camera has been given on the front of the phone and the phone has a feature of 5G support.   The phone with a 5,000 mAh battery has a 33-watt fast charger.   The company did not immediately announce the price of the phone, but it is reporte
Post a Comment
Read more

Pakistan, Russia agree to strengthen ties in trade, investment, energy and other sectors

- January 20, 2023
Pakistan and Russia have agreed to strengthen relations in trade, investment, energy and other sectors, besides agreeing to export crude oil to Pakistan by the end of March.   According to a joint statement issued by the Prime Minister's Office, the eighth meeting of the Intergovernmental Commission on Trade, Economy, Science and Technical Cooperation between Pakistan and Russia was held in Islamabad.   The meeting was chaired by Minister for Energy Nikolay Shilgenov and Pakistan's Federal Minister for Economic Affairs Sardar Ayaz Sadiq.   The meeting was attended by a high-level delegation including ministers of both countries.   The two sides reaffirmed their commitment to a strong and comprehensive economic relationship.     During the meeting, Pakistan and Russia signed three agreements, including an agreement on cooperation and mutual assistance in customs matters, cooperation in the field of air transport, including data exchange cooperation.
Post a Comment
Read more

Check out how to assess the risk of milk allergies in infants! 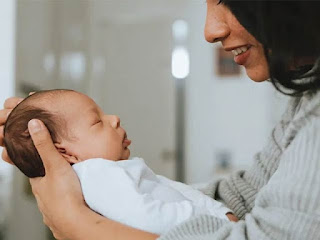 Babies often have an allergy to milk. Consider how you can compute the probability of occurrence.   Cow's milk allergy is a common problem Milk allergy, or cow's milk protein allergy, is a common childhood allergy. It affects most kids. 2–6% of infants under 12 months old have it. Issue? Proteins in cow's milk cause children's bodies to react abnormally. Though harmless, the infant's immature immune system sees them as harmful. The risk of developing a milk allergy in a child Not all parents know that a child's allergy risk can be estimated before birth. 5–15% of children without allergic relatives develop symptoms. If the baby's parent or older sibling has this problem, this probability increases. How much does this affect children without allergic relatives?   allergy symptoms appear in one of the parents - the risk increases by 20-40%, allergy symptoms appear in both parents - by 40-60%, Both parents have symptoms of the same allergy - the
Post a Comment
Read more

The Redmi 12 Pro Plus has a 200-megapixel camera 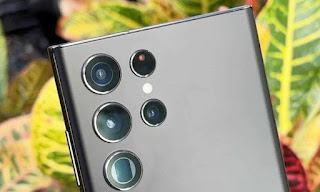 Chinese mobile company Xiaomi has introduced all three phones of its famous brand 'Redmi' note series, which are being described as the best Redmi phones of reasonable price. Fans have been waiting for the 'Redmi Note 12' series phones for a long time and the company has also introduced a 200-megapixel camera in its mobile for the first time.   The price of all three phones of the Note series has been kept reasonable and the price of the most expensive phone has been kept up to Pakistani 84 thousand rupees.   The company has made this phone 67. Offered with a 6-inch AMOLED screen and its CPU and chip have also been improved.   With a Snapdragon 4 Generation 1 chip, this phone also includes MIUI 13 along with the operating system of Android 12.   This phone has been introduced with different modules i.e. 4, 6 and 8 GB RAM and 128 and 256 internal memories.   Two cameras have been given on the back of the phone, out of which the main ca
Post a Comment
Read more
More posts