IPHONE AS A PAYMENT TERMINAL?

Apple has an idea for a great solution for small entrepreneurs. The company wants the iPhone to act as a payment terminal. 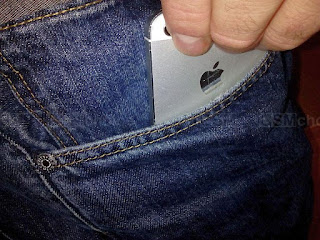 As reported by Reuters , in the next few months, Apple plans to introduce a new feature to the iPhone: the possibility of using a smartphone as a payment terminal. From the technical side - it only requires appropriate software - after all, Apple smartphones have NFC modules, and to connect to the banking system - just like in classic terminals - a cellular network is used. This change can therefore be implemented through a software update.

It is not yet known what payment systems the Apple solution would support - apart from the company's Apple Pay. For this option to be really useful - it should be as universal as possible.

Of course, the described solution is nothing new. Android smartphones have long supported the function of accepting contactless payments, in conjunction with the appropriate application . Apple has shown many times, however, that although sometimes it introduces some novelties with a delay, they work better than on a competing platform. Will it be the same this time?

at January 27, 2022
Email ThisBlogThis!Share to TwitterShare to FacebookShare to Pinterest
Labels: Smartphones