ONEPLUS 10 PRO: THE GLOBAL VARIANT WILL BE DIFFERENT?

OnePlus 10 Pro made its debut yesterday on the Chinese market , but of course it is also expected to be distributed globally. Apparently, however, it has a changed specification! 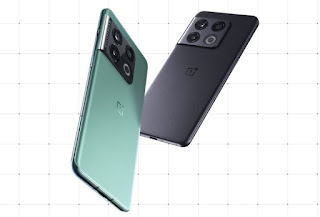 The fact that the global variant of OnePlus 10 Pro may differ from the Chinese one was suggested in an interview with Slashgear , the "manufacturer's representative" not mentioned by name and position. He said that " there may be slight changes to some specs depending on regional availability" and that " these will be revealed at the launch of the global version (of the smartphone)" .

Unfortunately, there are no hints as to what these modifications might be. In the first thought - we can talk about other variants of memory - but which ones? In China, there is a choice of 8 or 12 GB of RAM and 128 or 256 GB of flash memory. I do not suspect that an additional change will arrive - at most the combinations of the listed capacities may change or disappear - so that the smartphone is sold in only one memory tier. We can look for further changes in the area of ​​cameras or battery charging power ... Or in a set that may be depleted of a charger. An advantage may be the appearance of a housing tightness certificate - but I would hope for changes "for the worse" than "for the better" ... In the case of prices - due to taxes - changes "for the worse" are almost certain, so let me,

at January 12, 2022
Email ThisBlogThis!Share to TwitterShare to FacebookShare to Pinterest
Labels: Smartphones