APPLE INCREASES THE RESOLUTION OF CAMERAS AFTER 7 YEARS.

Rumors have it that the iPhone 14, which will debut in the fall of 2022, is to hold a brand new 48 Mxp main camera, supported by two 12 Mpx cameras. It will be the first major upgrade since the iPhone 6S to feature a 12MP camera. 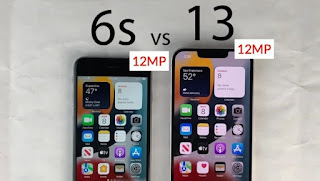 Over the years, Apple has argued, somewhat rightly, that increasing the resolution of photos does nothing but increase their size. And in fact, on the phone screen it is impossible to distinguish a photo taken with a 12 Mpx camera from, for example, 48 Mpx. On the other hand, 12 Mpx is enough to record 4K movies and with a lot of margin.

Nevertheless, TVs and other 8K devices are slowly taking over the market and Apple could no longer ignore this fact. The more so as the competition has long been using 48 Mpx or even over 100 Mpx cameras.