The iPhone SE 2022 adventure doesn't seem to have started very well . This was reported by analyst Ming-Chi Kuo, a normally trusted voice for Apple products. The smartphone announced at the beginning of the month does not seem to have thrilled the market, so much so that according to Kuo, Apple has already adjusted the estimates for 2022 downwards . 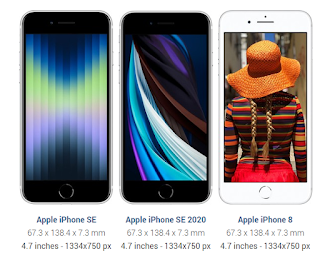 Previously DigiTimes had reported that the Apple would have expected to sell 30 million iPhone SE 2022 by the end of the year , now instead the information collected by Kuo indicates numbers as large as half or a little less : the forecast would have been revised to 15-20 million of unity , a sign that the reception of the public was not the warmest.

TYPICAL APPLE OPERATION WHICH DOES NOT APPEAR TO WORK

The skepticism of some, at first, has understandable reasons. The cheapest iPhone of the range is aesthetically an iPhone SE 2020 , which in turn has the appearance of the iPhone 8 that that design brought it to the market in 2017, when, moreover, there were already products with a more modern look on the market - such as iPhone X , with which he shared the stage of Apple Park.

Furthermore, even if we want to go beyond the aesthetics, there is nothing new in terms of components, except for the A15 Bionic chip with the 5G modem . iPhone SE 2022 has the usual 4.7-inch LCD display, a little anachronistic, the same 12 megapixel main camera (only one on the back, by the way) from two years ago and a battery that is more capacious but that will have to prove to be able to absorb the greater energy demands of the 5G module without worsening the autonomy compared to the past.

In short, iPhone SE 2022 is an "Apple-style" operation that seems not to be working as the leaders of Cupertino and some observers would have expected . The good thing is that those who are fascinated by a product with the very powerful Apple chip that is on the top of the range from almost 1,000 euros and which costs about half do not have to wait for new stocks to arrive at the warehouses.

On Amazon, at the time of writing, a good part of the range is available for purchase: here are the links of configurations and colors ready for shipment , if only to give you an idea.