Moscow stops military activity in Kiev, Italy among the guarantors of peace

First step towards understanding from the talks between the Russian and Ukrainian delegation in Turkey. Possible meeting between Putin and Zelensky 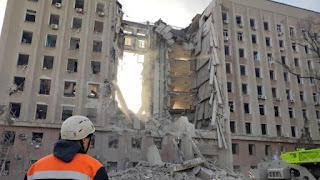 After more than a month of war it seems that the first concrete steps have finally been taken towards an understanding between Russia and Ukraine. The conditional is a must but it seems that the delegations of the two countries, which today resumed talks in Turkey, have reached an agreement in principle on some points. However, Moscow delegates will have to report to Putin, who has the last word. On the Ukrainian side, it is made clear that any possible agreement will be put to a referendum.

The points of understanding

The Russian presidential adviser, Vladimir Medinsky, at the end of the talks spoke of "concrete steps" and said that "Russia will stop military activities near Kiev and Chernikiv". Decision confirmed by the Deputy Minister of Defense, Alexander Fomin, also present in Turkey, "in order to increase mutual trust so that in the next rounds of negotiations a peace agreement can be agreed and signed".

For its part, Ukraine would agree not to join NATO, but reiterates that " the EU accession process cannot be blocked" . Ukraine has illustrated to Russia a new proposal of neutrality which foresees, among other things, the absence of foreign military bases on Ukrainian territory if Kiev receives adequate security guarantees. Great Britain, China, USA, Turkey, France, Canada, Italy, Poland and Israel could become guarantors.

The status of Crimea and Donbass will instead be the subject of ad hoc negotiations, additional to those of today.

The overcoming of the stalemate is also announced by the Turkish Foreign Minister, Mevlut Cavusoglu: "A consensus and common understanding have been reached on  issues. As we have always emphasized, the most important issues are the ceasefire and the open the way to lasting peace ":

Towards a Putin-Zelensky summit

Today's talks between the two delegations could also be the prelude to a summit between the presidents. "The results of today's meeting are sufficient for a top-level summit between leaders to take place", said Mikhailo Podolyak, advisor to Ukrainian President Volodymyr Zelensky and member of the Ukrainian delegation in Istanbul.

Once the general agreement has been found, there are other steps to be taken in order to then be able to seal the peace with the signing of Putin and Zelensky. First an agreement will be made between negotiators, then that between foreign ministers.

Ukraine has presented to Russia its proposals for a Security Guarantee Treaty for Ukraine which should be signed by all security guarantors, namely Great Britain, China, USA, Turkey, France, Canada, Italy, Poland and Israel.

The implementation of this agreement will take place according to a precise procedure: first an all-Ukrainian referendum, then ratification in the Parliaments of the guaranteeing countries and in the Parliament of Ukraine.

As for Crimea, the Ukrainian side proposes to negotiate the status of Crimea and Sevastopol for 15 years. During this period, both sides are urged not to use the military to resolve the Crimean issue

at March 29, 2022
Email ThisBlogThis!Share to TwitterShare to FacebookShare to Pinterest
Labels: World