Now, about 3 months later, Xiaomi 12 and 12 Pro are being offered for sale in Pakistan.

Xiaomi 12 and 12 Pro have been introduced in Pakistan which will be available in pre-order at present. 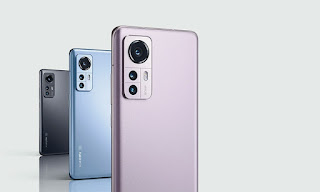 Xiaomi 12 is the company's smallest screen flagship phone after many years and the main focus is on features.

The phone is equipped with a 6.28-inch AMOLED display with FHD Plus resolution and 120 Hz refresh rate support.

The fingerprint scanner is mounted inside the screen, while Gorilla Glass Victor is used to protect the display.

Inside the phone is Qualcomm's new Snapdragon 8 Generation 1 processor, while the cooling pad is also part of the device.

The back of the phone has a setup of 3 cameras with a 50 megapixel main camera measuring 1 / 1.56 inches and optical image stabilization support. 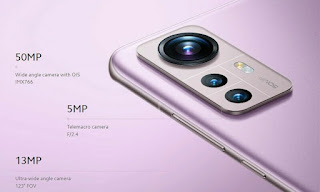 The 13-megapixel Ultra Wide and 5-megapixel Telemacro cameras are part of this setup.

This phone has a 6.73 inch LTPO display with 1 to 120 Hz refresh rate facility which will be available depending on the task of the phone.

The phone also has a fingerprint scanner mounted inside the screen, while Gorilla Glass Victis protection is provided.

On the back of the phone is a setup of three cameras of 50, 50 megapixels.

The phone has a 50-megapixel main camera with a size of 1 / 1.28 inches and an image optical stabilization feature.

The company has developed and installed its own Fast Auto Focus technology for phones to lock faces and other background elements.

Xiaomi has incorporated the device into a new night mode algorithm.

The Xiaomi 12 Pro comes with a 4600 mAh battery with 120 watts fast charging support.

The company claims that you will only need 18 minutes to charge the battery while 50 watt wireless charging support is also part of the device.