The long-awaited Ryzen 7 5800X3D announced in mid-March and arriving on April 20 is back in the limelight for what, in some ways, we can call the first independent (incomplete) review of the new AMD CPU with 3D V-Cache technology. A user of the Peruvian forum XanxoGaming managed to get his hands on a retail specimen, offering a preview on the performance of this chip several days after the expiry of the official embargo. 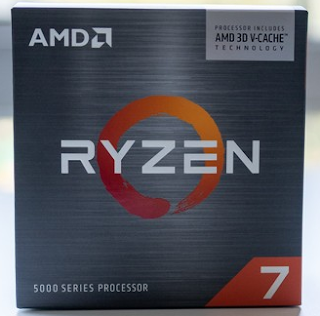 We speak of an "incomplete review" as the tests conducted do not include a gaming session, a crucial test bench to understand the real impact of the implementation of the 3D Cache on what is in effect a Ryzen 7 5800X.

As already seen in the benchmarks that emerged from the network in recent days, the absolute performance is not very far from the model currently on the price list , especially in single-core, an area where the new Ryzen 7 5800X3D pays something due to a Boost clock frequency lower than its own. predecessor (4.5 vs 4.7 GHz). The benchmarks (link in SOURCE) are a mixture of synthetics and rendering such as Cinebench and Blender, the latter area where the 64MB of additional 3D cache apparently allows you to still earn from 3% to 11% in multi-core.

Nothing done for the moment, waiting to get our hands on the new AMD CPU and see the first impressions of the media to give a definitive judgment, we just have to wait for further "tips" relating to performance in games. Recall that in this regard AMD has declared a 15% speed increase on Ryzen 9 5900X as well as superior performance to the Intel Core i9-12900K.