Kate and William: 11 of marriage and the betrayal hypothesis

On April 29, 2011 Kate Middleton and William got married in what was perhaps one of the most followed ceremonies, and broadcast to the whole world in worldwide. For 11 years, theirs was a dream wedding, but there were some shocks regarding an alleged betrayal against the Duchess. 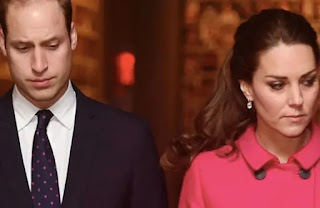 Kate and William: marriage and betrayal

After the sumptuous royal wedding broadcast worldwide on April 29, 2011, Kate Middleton and Prince William have formed a splendid family thanks to the arrival of their three children. The only blemish on an otherwise perfect marriage (at least in appearance) would have been the alleged rapprochement between the Duke of Cambridge and another woman, the Marquise of Cholmondeley , Rose Hanbury , who is also a former model. Always close to the life of the Court, Rose Cholmondeley is a close friend of the duke and his family.

Their children grew up together and she and her husband would participate in numerous events related to the Royal family (and vice versa). During one of these Kate Middleton would have been seen arguing animatedly with William and, according to the hypotheses, it would have been the proximity of the duke to Rose to unleash the wrath of the duchess. Kate at the time was pregnant with her third child and, according to rumors of her, by her will Rose Cholmondeley would slowly disappear from the radar of court life.

Kate and William: Life at Court

Despite the hypotheses regarding the alleged betrayal, Kate and William have always maintained the appearance of a united and stable couple and many wonder what the life of the two will be like when he will be the new ruler of England.