Motorola edge 30 will be a very good average

The edge 20 series has a good reputation and the base model edge 20 was perhaps the best choice in terms of value for money. The same should be true of the successor, the moto edge 30.

The main advantage of the entire edge 20 series was the OLED displays. The Edge 20 obviously had a worse specification, but it was definitely more favorably priced. 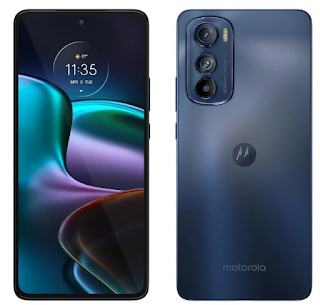 This year, Motorola will be introducing smartphones from the line of 30 batches, the most powerful model, the edge 30 Pro, will go first. . Such "sharing" of the premieres is certainly related to the shortage of processors and parts that most manufacturers have to deal with. Anyway, for this reason, the company presented the edge 30 Pro model on different dates in different parts of the world, and not on one date globally.

The edge 30 model should be seen in the next two weeks, in April / May.

In my opinion, the most interesting thing about this smartphone will be ... the processor. This is an improved version of last year's Snapdragon 778G, i.e. the 778G + model. Its efficiency is to be greater than last year's model by 28 percent. And the 778G already provided excellent performance in my opinion, so this year will only get better. It is made in a 6 nm technological process, which is older than 4 nm in the Snapdragon 8 Gen 1 and the announced 7 Gen 1. But the 8 Gen 1 is a "small oven" and manufacturers have problems with harnessing its power and temperatures. Therefore, the 778G + simply seems to be a more sensible and safer, yet still very efficient solution.

For this we will get what was the main advantage of the 20 series, i.e. the OLED display. Its diagonal will be smaller than last year, it will be 6.5 instead of 6.7 inches. The resolution is FHD + and the maximum refresh rate is as much as 144 Hz.

A set of cameras with a 50 MP main lens with optical image stabilization and also a 50 MP wide angle looks very interesting. The third, "decorative" eyelet is to have 2 MP and it is not known yet whether it will be a depth or macro sensor.

At the front, in a centrally located hole, there will be a 32 MP selfie camera. The fingerprint reader is to be placed under the screen, in last year's model it was located on the right edge. A bit too high, but it worked perfectly. We will see how Motorola copes with the new technology.

The battery is to have a capacity of 4000 mAh, it can be charged with a 33W charger.