Vitamin K is good for the brain and helps prevent Alzheimer

Diseases like Alzheimer's and dementia have become a terrible problem for us. Research has now shown that the vitamins found in green leafy vegetables can be very beneficial for the brain and can also reduce the risk of Alzheimer. 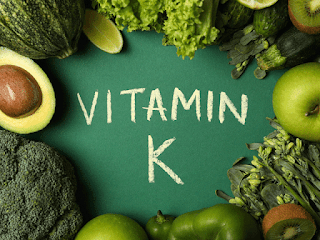 As we get older, our memory and brain functions become weaker. In this regard, Saudi Arabia's Al-Ma'arifah University has said after a research that vitamins can be very useful for the brain. These include Alzheimer's and dementia for which no cure has yet been found.

Research by Al-Maarifa University found that giving vitamin supplements to older people not only improved their memory but also slowed down the progression of dementia and Alzheimer's, which experts described as very promising. In both cases, the patient loses memory and often does not find the words to speak.

These conditions are caused by harmful Tao proteins and amyloid components in the brain. If the brain is cleansed of these harmful proteins, Alzheimer's condition can be eliminated.

"There are many types of Alzheimer's, but they get worse with age," said Muhammad al-Sharbini, a professor at Al-Maarifa University. Vitamin K has the ability to dissolve but it starts to decrease in the body in old age. Vitamin K supplements can be very helpful in this regard.

Professor Muhammad al-Sharbini and his colleagues divided the old mice into two groups. One group was given Mina Quinn 7 supplements and the other group was left alone. The study lasted for 17 months and rats were tested at each stage. These included tests for depression, anxiety, memory and acquisition.

Studies have shown that vitamin K improves learning and memory in mice. Thus, experts insist that vitamins can be very useful for the brain as a whole.

Research on rats so far has been of great benefit to humans as they prove to be the best alternative to the human body and thus this research on rats is important for humans.