Last year, about 4,300 children in the United States died from the use of firearms. That is the balance sheet of researchers from the University of Michigan. 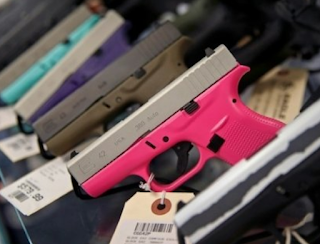 The most common cause of death among young people under 19 years was due to firearms. Last year, more than 4,300 children and adolescents were killed in this way, an increase of 29 percent over the previous year. This is what researchers from the University of Michigan write in the " New England Journal of Medicine ".

In 2020, on the other hand, around 3,900 young people died in traffic accidents. The third most common cause was poisoning or drug overdoses. Here, there were 83% more cases than the year before. For a long time, traffic accidents were the most common cause, but because vehicles and drivers have become safer over time, these deaths have dropped dramatically in the last 20 years, say researchers.

In the context of this study, data from the US health authorities CDC were examined.