With the recently announced acquisition of MGM, Amazon Prime Video has increased its movie catalog.

MGM is a century-old studio. It has more than 4,000 movies and 17,000 television episodes. This acquisition will complement the work of Prime Video and Amazon Studios by offering a diversified range of entertainment options to customers.

The company announced the arrival of 24 features from the "007" collection,  starting on April 8.

The added films range from the oldest to the most recent titles, starring actor Daniel Craig. The only one that was left out was the newest feature, "007: No Time to Die.

I live in Pakistan. I can only rent or buy these movies. 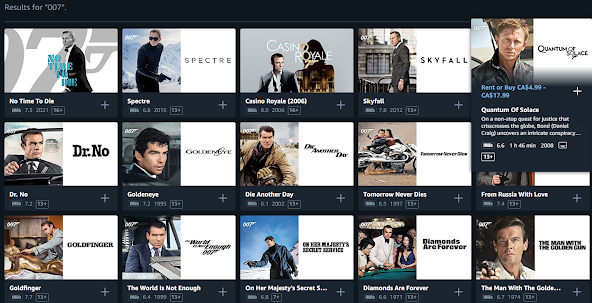 at May 03, 2022
Email ThisBlogThis!Share to TwitterShare to FacebookShare to Pinterest
Labels: Movies