At a time when the poor countries are facing crisis due to inflation and debt, Imran Khan has announced a long March towards Islamabad

At a time when the poor countries are facing crisis due to inflation and debt, Imran Khan has announced a long March towards Islamabad. 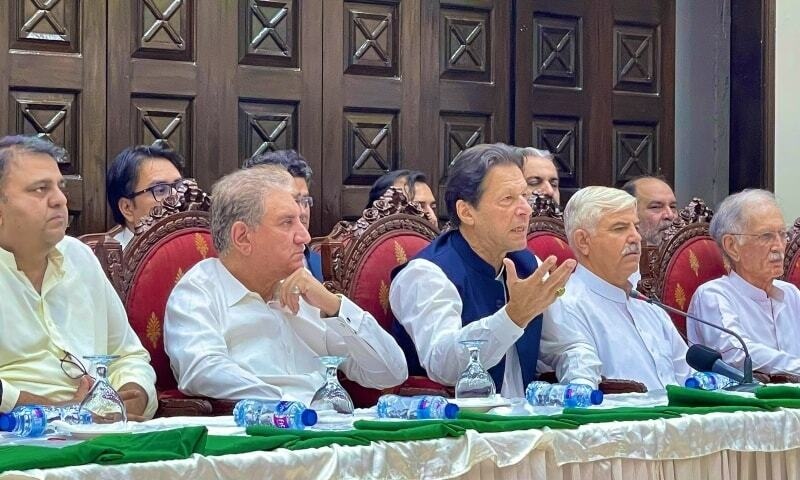 I don’t know how PTI’s core committee has approved this course of action. Don’t they know that the countries across the globe are facing food shortage and prices of cooking oil and staple food is rising at an alarming rate. Currency values of countries from India to South of Africa

Shortage of wheat has occurred because of the main two main exporters Russian and Ukraine. India which appears to be Imran Khan favorite country has imposed a ban on its wheat.

The UN Department of Economic and Social Affairs (DESA) has predicted that Pakistan’s agricultural sector could adversely affected due to high prices and shortage of agricultural inputs.

Imran Khan’s threatening and belligerent tone in the press conference has sent a wave of fear among the sensible Pakistanis. He is openly challenging Pak Army, police and the government.

He told the army to remain neutral. His remark indicated that he was still angry with the army.

"I also tell my army that you are neutral. You said that you are neutral. Stay neutral in this. I say again that this is for the integrity of this country and its independence. I would like to invite everyone including civil servants, families of soldiers and retired soldiers to come to Islamabad’, Imran said.

Imran Khan and closed members of the party has built an anti-army and America narrative to hide their blunders and return to power.

Pakistani like me knows that things can go out of control in Islamabad and could lead to a series crisis.