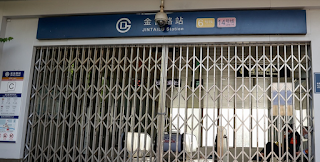 Authorities in Beijing, China's capital, have blocked dozens of metro stations in the fight against the corona plague. The metro operator made the announcement. Around 40 subway stations are affected, accounting for roughly a tenth of Beijing's subway system. These stations' entrances and exits would be closed, but the underground stations would remain open to the passage of subway trains.

The majority of the affected stops are in the city's heart. The officials did not specify when operations will resume.

Within a single day, there were 51 new infections. The subway closures should have a minor impact on daily life in the city, as China celebrates Labor Day this week, and many commuters in the 21-million-strong metropolis are already working from home.

Since the epidemic began two years ago, China is currently dealing with its greatest corona outbreak. Only 51 new infections were detected in Beijing, which has a population of 21 million people, within 24 hours, five of them without symptoms.

Beijing residents stock up on necessities. The citizens of Beijing, on the other hand, are concerned about the current limits being tightened even more. Many citizens of the capital have already prepared for a possible shutdown by stocking up on supplies. Beijing's residential areas have already been cordoned off. Authorities designated 12 areas as high-risk, while another 35 were designated as medium-risk. "I believe the city is now half-closed," a Beijing resident who did not want to be identified remarked to the AFP news agency, whose home complex was walled off during the fight against Corona. "There is no timeline for when our lockdown will be released, and more places will be locked down," says the spokesperson.