Do you think 8 hours of sleep is enough? Here's what this study says!

The golden rule for a healthy night's sleep has long been eight hours of sleep. However, new study from China and the United Kingdom suggests that elderly adults require less sleep. 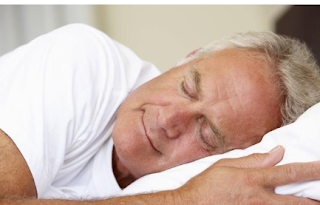 The majority of us have learned this rule: an adult's complete night's sleep is eight hours. However, as people get older, this may no longer be the case.

Researchers from the University of Cambridge in the United Kingdom and Fudan University in China discovered that for middle-aged and older persons, seven hours of sleep may be the best sleep time.

Researchers found that seven hours of sleep was the best for mental health in a study published in the journal Nature Aging.

Participants in the study reported their sleeping habits and answered questions about their overall health and mental well-being. They were put through a variety of cognitive skills exercises that examined their processing speed, visual attention, memory, and problem-solving abilities. Those who had slept for seven hours straight performed better.

However, one point should be made: 94 percent of the participants were white, thus the results may not apply to individuals of color or from other ethnic or cultural backgrounds.

Another essential consideration is long-term viability. People who had very minor variations in their sleep habit for long periods of time and who adhered to the seven-hour period had the best effects.

"Getting a good night's sleep is vital at any age, but especially as we become older," said Barbara Sahakian, a Cambridge University professor and research co-author.

According to the experts, lack of sleep may impede the brain's ability to eliminate poisons. They also claim that sleep disruption, whether slow or deep, may be to blame for cognitive decline.

Memory impairment can be caused by disruption of deep sleep, which can lead to the formation of amyloid, a protein that, if not properly functioning, can produce "confusion" in the brain, leading to dementia.

Inadequate or excessive sleep might contribute to brain aging.

"We can't say for sure if too little or too much sleep affects cognitive ability," said Jianfeng Feng, a Fudan University brain researcher and professor. "However, the reasons for poorer sleep in older adults appear to be multifaceted, impacted by a mix of our genetic makeup and brain anatomy."

The length of sleep has an impact on the structure of the brain.

The researchers also looked at brain pictures and genetic data, although only about 40,000 people had access to such information.

These findings revealed that the amount of sleep one gets is linked to changes in the structure of brain regions like the hippocampus, which is the brain's memory and learning center, and the precentral cortex, which controls voluntary movements.

Because sleep length is linked to the risk of Alzheimer's and dementia, age-related disorders with diminished cognitive abilities, researchers say more research in the field of sleep science is needed.