In Occupied Kashmir, new constituencies have been created, with more seats going to Hindu-majority communities. It's a contentious plan. 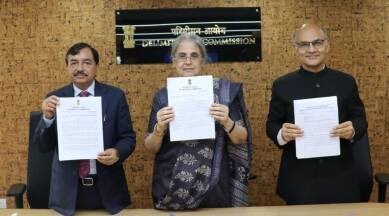 In January, Indian Home Minister Amit Shah stated that elections in Jammu and Kashmir would be held soon after the delimitation process was completed.
On Tuesday, a list of new electoral constituencies for Occupied Kashmir was revealed, with a strong representation of the Hindu community in Muslim-majority areas, paving the path for new elections.
The Muslim-majority Valley of Kashmir, the Hindu-majority region of Jammu, and the distant Buddhist enclave of Ladakh previously made up the Occupied Territories.
A delimitation committee in Occupied Kashmir, excluding Ladakh, has finalised 90 assembly constituencies, with 43 reserved for Jammu and 47 for Kashmir, followed by 37 in Jammu and Kashmir Valley, according to the administration. There were 46 seats available.
It's a contentious plan because the panel didn't include in the population from the 2011 census.
According to the census, Jammu has 44 percent of the population while Kashmir has 56 percent. In terms of population, the commission allocated Jammu more seats.
The People's Democratic Party of Jammu and Kashmir disputed the findings.
In a post on Twitter, the National Conference said: "Any manipulation will have no effect on the reality on the ground. The voters will punish the BJP and its proxies for what they have done in the last four years whenever there is an election." What's going on in Jammu & Kashmir?
India Kashmir