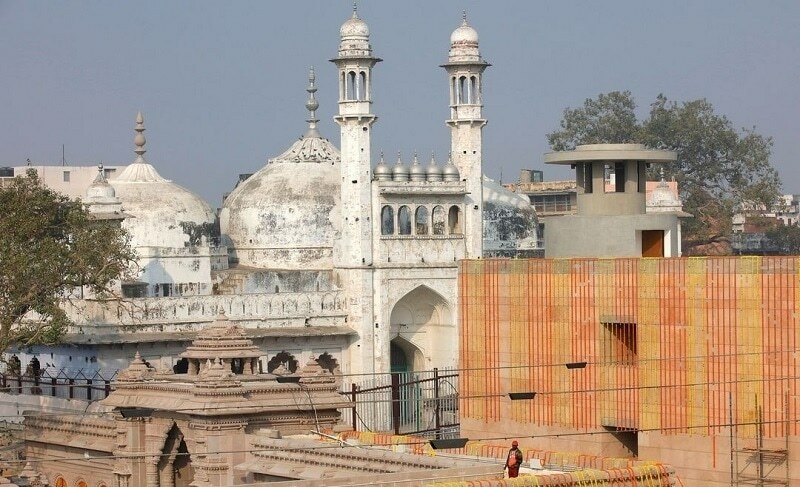 A court in the Indian state of Uttar Pradesh has ordered Muslims to reduce their numbers after a survey team unearthed Hindu deity Shiva and other Hindu symbols at the most famous mosque in northern India.

According to a Reuters news agency report, lawyer HS Jain said that a court in Veranasi had ruled that the number of Muslims in the mosque should be limited to 20.

The court ordered that after a survey of the mosque by five women representing Jains, it was suggested that Hindus be allowed to worship in one part of the mosque.

The Gyanwapi Mosque is located in the constituency of Indian Prime Minister Narendra Modi, one of several mosques in the northern state of Uttar Pradesh, which hardline Hindus believe was built by demolishing Hindu temples.

According to the report, hardline Hindus have a similar general opinion about other religious places.

Police said the court order would help maintain law and order as groups affiliated with Modi's Bharatiya Janata Party (BJP) demanded permission to dig inside some mosques and search the Taj Mahal. What is done.

I fail to understand why BJP leaders think oppressing the Muslim minority in India will help India. There is no doubt they can win elections by on Hindu-Muslim issues. But friction among different ethnic and religious communities only increases tension in the country and waste government resources and leaders’ energies on useless things. Resources of the government should be used for the betterment of its citizens.

If you look across the globe, we see that in powerful and developed countries people of all faiths and ethnicity live peacefully. Governments in power do not make laws which hurts religious feelings of people.

Friends and family members live in different European countries, America and Canada. They say they enjoy full rights and freedom their new homelands.

at May 16, 2022
Email ThisBlogThis!Share to TwitterShare to FacebookShare to Pinterest
Labels: Hindu-Muslims, India, Indian Muslims, Pakistan