India has been invited by the Taliban leadership to reopen its embassy in Kabul. 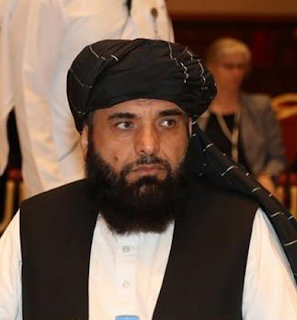 Sohail Shaheen, a spokesman for the Taliban's political office in Qatar, said in an interview with Afghan media that if India reopened its embassy in Kabul, its diplomats would be given full security. India should build relations with the Taliban government based on national and mutual interests, rather than with previous Afghan leaders.

According to Sohail Shaheen, the government is responsible for providing full protection to all foreign diplomats serving in Afghanistan. In Kabul, many embassies are operating, and they have been granted complete security. Indian embassies and diplomats will be protected as well. ۔

Sohail Shaheen stated that India would be welcome to finish or start new projects in Afghanistan.

Suhail Shaheen, the Taliban's UN envoy-designate, told The Times of India that the Afghan government was prepared to create a "safe environment" for the Indian embassy in Kabul, and that diplomatic presence was necessary for improving bilateral relations.

The remarks were made on the same day that the United Nations Security Council accepted a resolution to establish a formal presence in Afghanistan.

The resolution, which avoids the term Taliban, will permit the United Nations to continue its "vital" work in Afghanistan.

According to information obtained by The Indian Express, a team of security officials flew to Kabul in February to evaluate the situation on the ground.

According to sources, India is considering reopening its embassy in Afghanistan soon, although without top-level diplomatic representation.

at May 26, 2022
Email ThisBlogThis!Share to TwitterShare to FacebookShare to Pinterest
Labels: #India, Afghanistan