More users can now be added to the WhatsApp group.

WhatsApp, the world's most popular instant messaging service, has increased the capacity of users in any group.

Previously, each WhatsApp group could only have 256 members, but that amount has now been doubled. 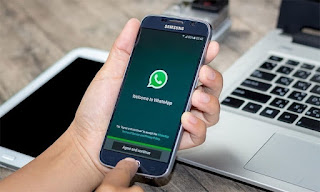 According to WhatsApp update tracking website WebInfo, the administration launched the new function on May 5, although users around the world would not be able to use it right now.

According to WhatsApp update tracking website WebInfo, the new function was deployed on May 5, although users around the world would not be able to utilize it right away.

Users will have to wait a week and a half to use the new feature, after which it will be available to practically all users.

Despite the fact that the feature has been made available to users all across the world, users in a few countries, including Brazil, will not be able to use it right away.

On May 5, the management implemented a feature that will expand the number of participants in the WhatsApp group from 256 to 512, taking one to one and a half weeks to reach all users.

Aside from the aforementioned feature, WhatsApp just added the ability to 'React' to any message.

The WhatsApp reaction feature will function similarly to how users express themselves via emoticons on Facebook, Instagram, and Messenger texts.

When the feature is activated, all users will see emoji signals while viewing the message and will be able to express themselves using the emoji of their choice.

The user will choose and tap any message, which will open the emojis area, where they will be able to express their feelings by clicking on the appropriate reaction.

The feature is planned to be available for one to one and a half weeks to users all over the world.