Parents file a lawsuit against their son and daughter-in-law for having a kid within a year. 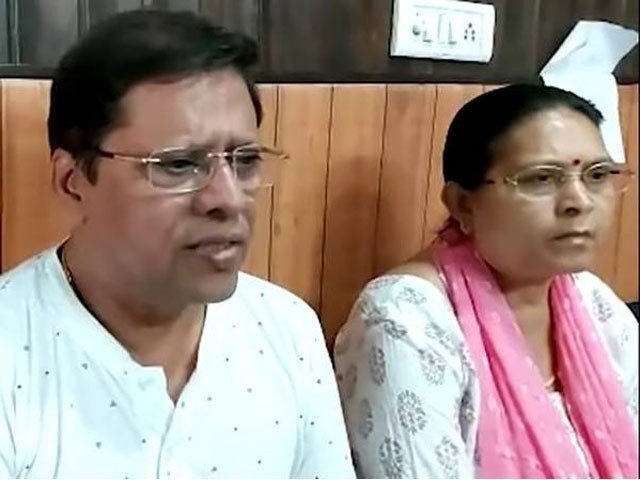 An Indian couple has sued their only son and his wife, requesting that they conceive a child within a year or pay Rs 50 million in damages.
Sanjeev Prasad Sinha, a retired civil officer, and his wife Sadhna Prasad Sinha claim to have spent their whole life savings on their son, including a 65 65,000 pilot training course and a wedding in a five-star hotel in Thailand. Also featured is holding.
The couple from Uttarakhand, India, claimed they had only requested their son Sagar Sinha, 35, and his wife Shubhangi Sinha, 31, for a grandchild or granddaughter, which they did not receive.
"We sacrificed our goals to raise him (kid),"
the parents wrote in a court appeal. For his education, we also took out a Rs 2 million loan. Our son and daughter-in-law, however, have caused us emotional misery by refusing to give us grandkids despite our best efforts. Society also looks at us with suspicious eyes, which adds to the suffering.
Arvind Kumar Srivastava, the couple's lawyer, said the parents had spent Rs 25 million on their son since his birth. He now demands that the son reimburse all expenses if he does not have a grandchild or granddaughter, as well as another Rs. 25 million in compensation.
India