Parents say that the police did not intervene in time. TEXAS KILLER WAS IN SCHOOL FOR AN HOUR

The anger comes after the tears! Following the bloodbath at a Texas elementary school, police are under fire for their actions. 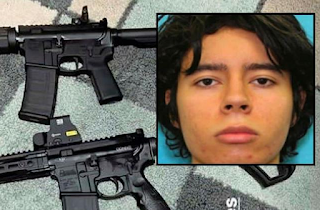 Parents accuse the emergency services of having been inactive for too long and not intervening in time. Authorities confirmed the shooter spent approximately one hour in the classroom firing at students and teachers.

The police entered the room and shot the 18-year-old only after that point.

Parents accuse the police of a lack of decisiveness. CNN quoted Victor Luna as saying, "I told one of the officers that if they don't want to go in, lend me a gun and a vest and I'll go in and handle it myself." Jayden, his son, survived the massacre.

The police did their job, Luna said. But they could have done it faster.

Mike Sington, a citizen of the United States, uploaded a video to Twitter depicting distressed parents and family members. "Get in there!" they beg the military in the video. Instead, the officers are attempting to secure the crime scene and maintain order among the parents.

Victor Escalon of the Texas Department of Public Safety described a "complex situation" during a press conference.