Samsung Galaxy S22 is a small, light, but also efficient and solidly made phone.

Samsung Galaxy S22 is a small, light, but also efficient and solidly made phone.  One of my colleagues bought it few days ago. This gave me a chance to explore and see the design and performance of the Galaxy S22. 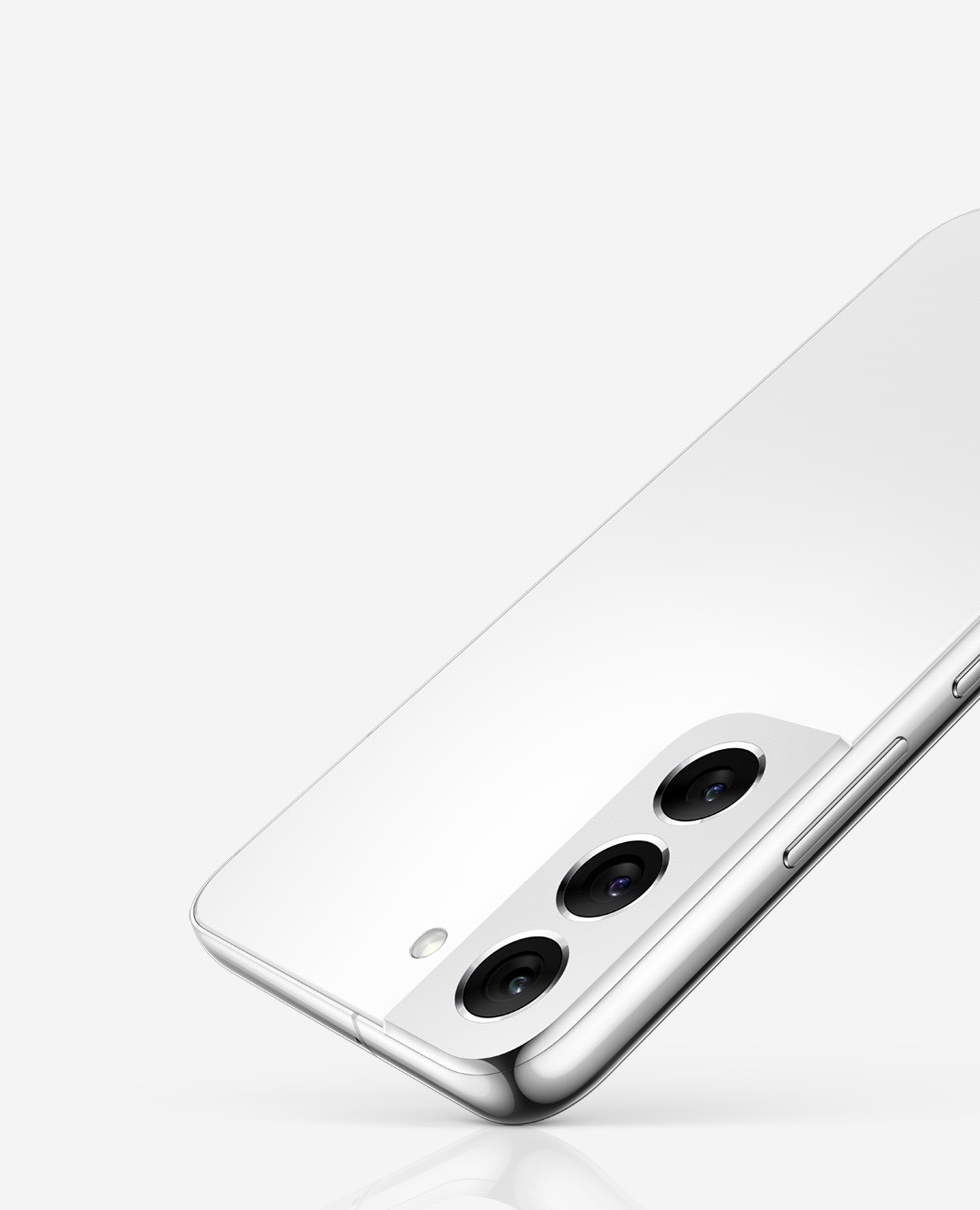 This elegant smartphone comes with a waterproof casing, a very good AMOLED screen and a functional camera

The Samsung Exynos 2200 chipset used in the device is an efficient and technically advanced design. It has new Xclipse GPU which is based on AMD RDNA2 architecture because this it delivers realistic and immerse visuals when you play mobile games.  The good thing about this GPU is that comes with variable rate shading technology. This technology helps in optimizing the GPU workload.

I think it is a powerful octa-core CPU with tri-cluster architecture that gives the Galaxy S22 powerful computing power. This power will enable you play your games do multitasking and faster rendering of game videos.

The Galaxy S22 received an even smaller battery than the older Galaxy S21 5G. 3700 mAh is not the capacity that allows him to become a multimedia long-distance runner;

The new Galaxy S22 is compact, but with a back panel made of frosted Gorilla Glass Victus + glass, with a much wider, more angular, metal frame and a similar-looking, slightly more powerful metal section of the main camera than in its predecessor.

One thing is certain - Galaxy S22 is a neat, light and small phone by current standards, with a solid, elegant and waterproof casing ( IP68 certified ).

Samsung's flagship smartphones will never disappoint you in the screen. This time it is a flat, 6.1-inch Dynamic AMOLED 2X panel, 120 Hz , with FHD + class resolution (1080 x 2340 pixels), and the image displayed on it turns out to be attractive to the eye and well readable outside.

The breathtaking 120Hz Infinity-O Display is made of Dynamic AMOLED 2X with Vision Booster technology for excellent outdoor visibility in both strong daylight and low light.

The display surface is protected by Gorilla Glass Victus + . The slim, symmetrical screen frames also deserve stylistic praise. It is clear that Samsung engineers tried to refine every, even the smallest detail, maybe ... except for the still present front camera hole. Under the surface of the display, there is an ultrasonic fingerprint reader that is obligatory for the Galaxy S series .

The buttons controlling the operation of the smartphone (switch and volume control) can be found on the right side of the frame. Both are well felt under the finger. The switch is located at a very comfortable height - the finger literally hits it on its own.

In the photo above you can see the indentation between the bezel and the camera section. It can therefore be assumed that this time we are no longer dealing with an aluminum monolith (camera frame and section), as in the Galaxy S21, but with an additional housing element. Such a solution is certainly technologically easier, and therefore also cheaper. Visually, however, it still defends well.

At the top of the Galaxy S22 frame, the manufacturer only placed an additional microphone hole. All the other elements have gone to the bottom of the frame. We will find there: the main speaker (the second pair from the stereo set plays sound through the earpiece speaker slot), a USB 3.2 type C socket (the smartphone still supports the wired DeX mode ) and a SIM card tray that houses two Nano SIM modules (we can also use a virtual eSIM card) .

The stereo audio system used is a classic design with a full-range lower and upper transducer reproducing mainly the treble and the middle of the acoustic band through the handset loudspeaker slot.

The sound is loud, and the stereo effects are quite noticeable (although you can also notice a slight dominance of the lower speaker). In games and when watching movies, there is no problem, but the music sounds from the Galaxy S22 speakers at times a bit too harsh and aggressive

Samsung does not spoil us once again with standard smartphone equipment. In the slim box we only find a card drawer ejector and a USB cable. We have to organize a wall charger and all other accessories (case, headphones) on our own.

The smartphone works under the control of Android 12 , the functionality of which is complemented by the company 's One UI in version 4.1 . I must admit that Samsung is probably the manufacturer that most frequently provides software updates for its devices. During the test, the smartphone reported the will to install them three times and had the current level of security patches (April 2022). This is how the main screens of the One UI 4.1 interface look like.

In the table below you will find the detailed specification of the Galaxy S22 and obligatorily, for easy comparison of the parameters of the older Galaxy S21. Just in case, I also put in it, with a slightly larger screen (6.4 inches), the sister Galaxy S21 FE, which some people may consider a good price alternative to the Galaxy S22.

In everyday use, the Galaxy S22 efficiently responds to all commands, smoothly starts and switches between applications, and has no problems with handling more demanding games

at May 11, 2022
Email ThisBlogThis!Share to TwitterShare to FacebookShare to Pinterest
Labels: Galaxy S22, Samsung, Smartphones