The Motorola Edge 30 has a screen with a refresh rate of 144 Hz. 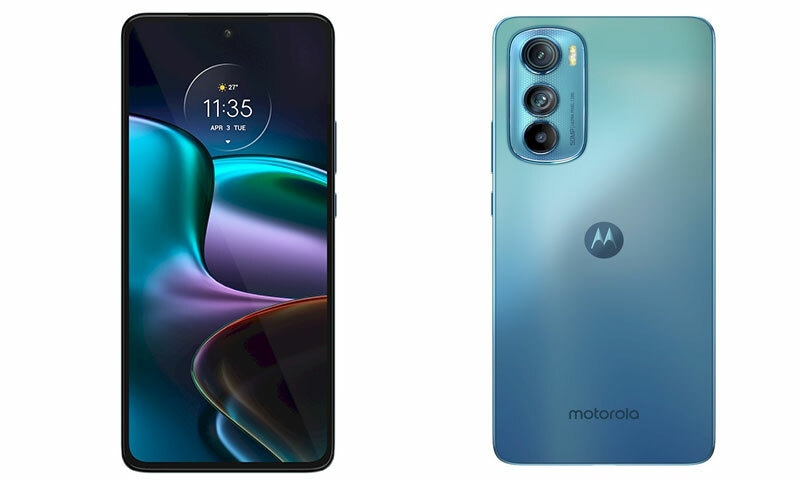 Want a 144 Hz refresh rate LED display, high-quality stereo speakers, and dual 50 megapixel cameras?
As a result, you'll adore Motorola's new smartphone, the Edge 30.
The display on this phone is a 6.5-inch FHD Plus AMOLED with a 144-Hz refresh rate.
The stereo speakers are identical to Dolby Atmos speakers, and the Snapdragon 778G Plus processor is present.
The Motorola Edge 30 will come with 8 GB of RAM and 128 to 256 GB of storage that will not be expanded.
Users of Google's Pixel phones will be familiar with the Android 12 operating system, which is nearly the only pure Android system available.
There are three cameras on the back of the phone: a 50 megapixel main camera, a 50 megapixel ultra wide camera, and a 2 megapixel depth sensor camera.
The 50-megapixel rear camera and the 50-megapixel front camera can both capture 4K video, while the front camera features a 32-megapixel selfie camera.
The Edge 30 has a 4020 mAh battery that can last up to a day and a half in moderate use, according to the manufacturer.
The phone will come with a 33 watt turbo power charger for charging.
5G compatibility, dual SIM support, dust and splash resistance, Wi-Fi 6E, Bluetooth 5.2, and NFC are among the other prominent features.
For 450 euros, the phone will be available in Europe, Asia, and other regions, including the Middle East (over 88,000 Pakistani rupees).
Motorola Smartphones