The Snapdragon 8 Gen 1+ would have been delayed until 2022's second half.

Everything pointed to Qualcomm announcing its new Snapdragon 8 Gen 1+ flagship processor in May, but a fresh rumour casts doubt on that prediction, claiming that the company's new chipset will only be available in the second half of the year due to issues with the location where it is made. 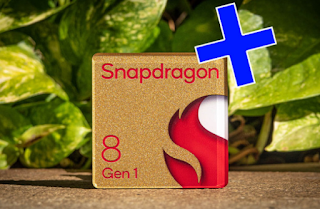 The delay, according to leaker Digital Chat Station, is due to the COVID-19 lockdown in Zhengzhou, where Qualcomm's new chip is manufactured at TSMC's plant - and, by the way, where the massive Foxconn factory that makes the majority of the world's iPhones is located.

This situation would have pushed the Snapdragon 8 Gen 1+ release date into the second half of this year, postponing the arrival of the anticipated flagships.

According to the same source, Motorola, who has a solid relationship with Lenovo, might be the first manufacturer to release a smartphone featuring Qualcomm's new technology.

In terms of the new chip's performance, it's believed that switching from Samsung to TSMC will result in higher yields and fewer failures, as well as a minor increase in efficiency and speed.

at May 06, 2022
Email ThisBlogThis!Share to TwitterShare to FacebookShare to Pinterest
Labels: Computer, Motorola, Smartphones