Ukraine, Odessa: that nameless boy who died at 15 to save his neighbors from bombs

We do not even know his name, what face he had, the color of his hair, if he had parents, relatives, where he was born, nothing. The chronicle of the war only tells that he was a 15-year-old boy, that the missiles launched by the Russian army yesterday afternoon on Odessa wiped out his small existence in a moment. 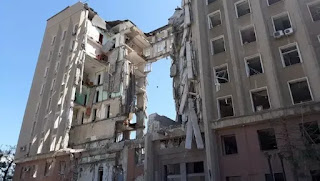 Today, to add agony to the number of young people who lost their lives in 69 days of Russian invasion, there are the words of the spokesman of the regional military administration of the city on the Black Sea Sergey Bratchuk: that boy could have been saved, he received the alarm of the incoming aerial bombing on his mobile phone.

But instead of rushing to the shelter, he ran to warn the elderly neighbors who did not have the alert on their phone of the danger. Moments later, the missiles landed on the dormitory, on the Orthodox church adjacent to a military site.