Leading health experts in Pakistan have warned that the disease of cholesterol has become epidemic in the country, as a result of which the number of sudden deaths due to heart attack among the youth is continuously increasing. 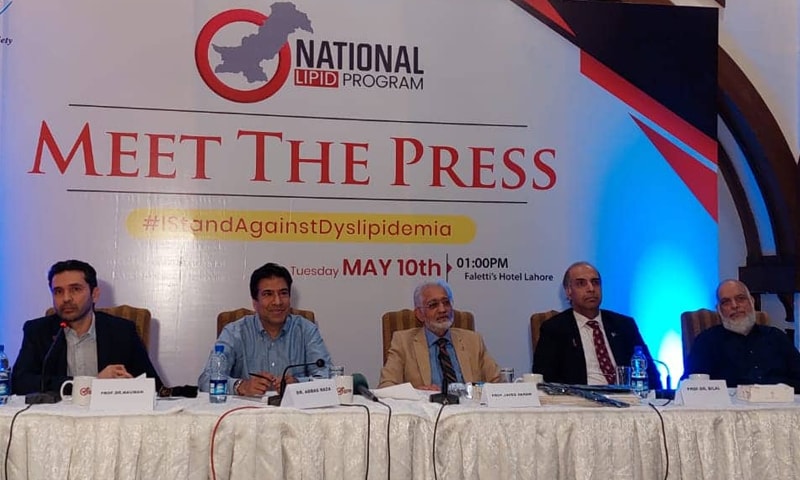 Speaking at a press conference on the occasion of World Lipid Day 2022 at a local hotel in Lahore, the country's leading health experts announced the launch of the National Lipid Program and said that an awareness campaign would be launched across the country under this program.

He said that by checking the lipid profile of young people, they would also be given advice on how to avoid heart disease and stroke.

He also announced the establishment of a heart disease prevention center at the Punjab Institute of Cardiology by the University of Health Sciences Lahore and said that the center would be operational in the next 4 to 6 weeks.

Prof. Abbas Raza, Advisor, National Lipid Program, said that unfortunately, 80% of newly diagnosed diabetic patients in Pakistan have been found to have high cholesterol, due to which they have to undergo treatment to control not only diabetes but also cholesterol. Is.

He said that only 10 to 15 percent of patients with high cholesterol in Pakistan are getting their treatment.

Prof. Bilal Mohi-ud-Din said that the rate of heart disease among the people in Pakistan between the ages of 20 to 30 and 30 to 35 is increasing due to unhealthy lifestyle.

He advised women not to re-use cooking oil, to skip fried foods, and to increase the use of local oils, including corn and canola oil, to keep their cholesterol under control and that of their families. Coins

He said that regular exercise would not only lower cholesterol but also prevent various diseases including heart disease.