In an Oklahoma shooting, four people were slain. 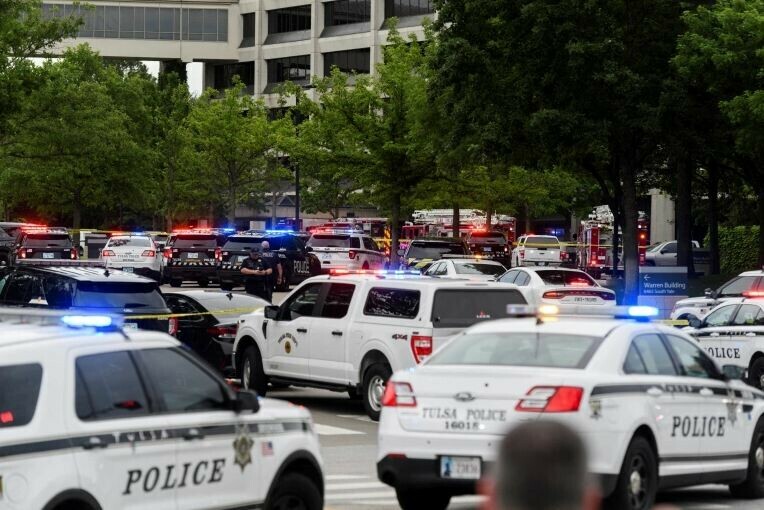 According to the Associated Press, the gunman shot himself after the attack near a hospital building in the US state of Oklahoma. Eric Dalglish, deputy chief of the Tulsa Police Department in Oklahoma, told the Associated Press that the gunman shot himself after the attack.
According to the Associated Press, the cause of the incident is still unknown. The gunman, though, had a handgun and a rifle, according to Dalglish.
In a statement posted on their official Facebook account regarding the incident in Oklahoma on Wednesday, June 1, police reported that several individuals were injured in addition to the deaths, and that police officers searched every room in the medical complex. Searching
Police arrived three minutes after the incident, according to officer Dalglish, and met the gunman a minute later.
As he entered the hospital, the suspect opened fire with a rifle and pistol, according to police. The dead accused's family is being tracked down.
Several individuals were hurt in the hospital building, according to Police Captain Richard Mullenberg, and the situation was dire. The attacker's identity has not been revealed by the police.
It should be emphasised that the number of people killed or injured in shootings in the United States is on the rise.
A gunman opened fire on a Texas elementary school, killing 19 students and two instructors. In Buffalo, New York, a white racist youth shot and killed ten black persons, including a former police officer.
Following an increase in the frequency of shootings, the gun control debate has resurfaced in the United States. Following the primary school shooting in Texas, President Joe Biden stated that those opposed to gun regulation appeared to be committed to strategically resolving the issue.
gun control USA