The US is shipping only four at the moment, while Moscow has thousands of BM-30 rocket launchers.

"The Ukrainian army's situation in the east is dramatic," says Markus Reisner, an Austrian military strategist with the local Ministry of Defense. According to him, the Russians are on the verge of gaining complete control of the Donbass. Moscow's three war tactics are behind it. 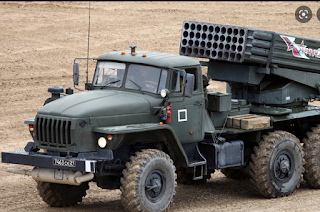 The conflict in Ukraine is now in its fifteenth week. Ukrainian forces are coming under increasing pressure in Donbas. "The situation in the east is extremely difficult," Ukraine's President, Volodymyr Zelensky, admitted.

What could change the situation?

For example, Washington and Berlin, for example, have promised to deliver modern rocket launchers on Tuesday. This weapon is extremely brutal; it works in the same way as the old Stalinist BM-13 [popularly known as Katyusha rockets] and can destroy anything within 900 meters.

Training and transportation took time, and more than 100 rocket launchers were required.

The US is shipping only four at the moment, while Moscow has thousands of BM-30 rocket launchers.