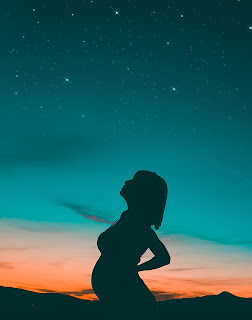 A number of health advantages have been attributed to vitamin D.
Most people aren't aware that low vitamin D levels might make it difficult to conceive.
What's the link between vitamin D and conceiving?
A variety of health advantages have been attributed to vitamin D. In women who are trying to conceive, it appears to be connected to increased fertility and a better pregnancy.
Vitamin D and natural fertility, as well as its usefulness during fertility therapy, has received conflicting reviews. Vitamin D insufficiency has been associated to greater success rates in both IVF and the transfer of frozen donor egg embryos in some studies. Other studies haven't found a correlation between the two.
Several studies have revealed that women with Vitamin D blood levels of 30ng/ml have a higher rate of conception than those with lower levels, despite the fact that the data on vitamin D and fertility is unclear.
According to studies, women with adequate Vitamin D levels are four times more likely than those with low levels to conceive with IVF.
Is vitamin D also necessary during pregnancy?
A normal vitamin D level has been found to improve fertility as well as the odds of having a healthy pregnancy. In research, vitamin D insufficiency during pregnancy has been linked to preterm birth, gestational diabetes, preeclampsia (very high blood pressure during pregnancy), and bacterial vaginosis. Taking a vitamin D supplement when pregnant benefits both the mother and the baby.
Supplementing with Vitamin D for Fertility
If you're attempting to conceive or have already done so, you should make sure you're getting enough Vitamin D. One of the best sources of Vitamin D is the sun, and obtaining at least 20 minutes of sun exposure per day is an excellent method to improve your levels.
Nutritional supplements can be a valuable addition to your fertility treatment, but they are not a substitute for fertility testing and care.
fertility Health