Analyst: Apple's own 5G modems not in iPhone 15 yet

Apple reportedly needs to keep buying 5G modems from Qualcomm, so Qualcomm should be happy about that. It's unlikely that a separate chip will be ready in time. 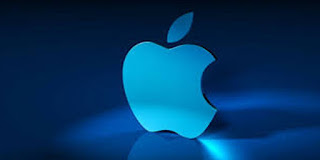 In 2023, Qualcomm will probably continue to count Apple as one of its top 5G modem clients. Analyst Ming-Chi Kuo tweeted that Apple's efforts to introduce its own modem chip with the iPhone 15 next year likely failed. Kuo maintains strong relationships within the Asian supplier industry. In 2019, Apple acquired Intel's modem division to develop its own chips.

Qualcomm officials had already warned investors that 80 percent of Apple's business could cease to exist by 2023, so the news comes as a surprise. However, industry insiders continue to believe that Apple could make its first attempts with its own modem chip as early as 2023, at least for a device with fewer sales, such as an iPad. The sheer quantity of iPhones poses a significant obstacle.

Apple's pursuit of a modem chip focuses on enhanced performance and power efficiency. If Apple takes over the development itself, the margins for the iPhone should also increase due to the volume of chips required. The modem has reportedly been in development for five years. Subsidiaries in Germany also have a significant share in the development.

at July 02, 2022
Email ThisBlogThis!Share to TwitterShare to FacebookShare to Pinterest
Labels: Apple