Dispute over grain exports, possibility of early agreement between Ukraine and Russia 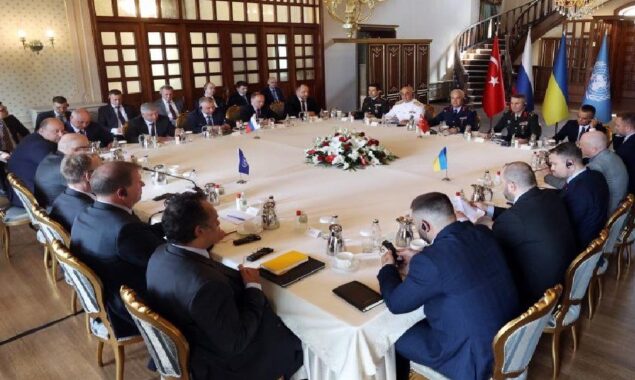 Dispute over grain exports, possibility of early agreement between Ukraine and Russia

Following talks in Istanbul, the United Nations and Turkey have said that a final agreement on grain exports between Russia and Ukraine could be reached next week.

UN Secretary-General Antonio Guterres says negotiators from Russia and Ukraine could reach a formal agreement by next week on the delivery of grain exports via the Black Sea. It should be noted that delegations from Russia, Turkey, Ukraine and the United Nations had discussed the issue in Istanbul yesterday.

Antonio Guterres said the war in Ukraine had left millions of tons of grain stranded, which was agreed to be sent to world markets, and Russia should be allowed to send grain and fertilizer. Fertilizer prices have also risen sharply due to global sanctions on Russia, which has further impacted rising food prices. Hosts of the talks, Turkish Defense Minister Holosi Akar, said the two sides had agreed on ways to ensure joint control of ports and security of grain transit routes across the Black Sea.

An estimated 20 million tons of grain are currently stored in Ukraine. The Food and Agriculture Organization of the United Nations (FAO) says the war in Ukraine is threatening food supplies to many developing countries and has led to a sharp rise in global food prices. With more than 180 million people already starving, the crisis could worsen the situation.

Ukraine and Russia have planted hundreds of landmines around the Black Sea. Ukraine has refused to remove landmines amid fears that Russia could launch more attacks on its cities. The United Nations has suggested that grain be transported through safe corridors, avoiding landmines.