The crisis on the semiconductor market will come back? The US wants to cut China off from production machines

US and Dutch officials want to ban semiconductor equipment shipments to China. 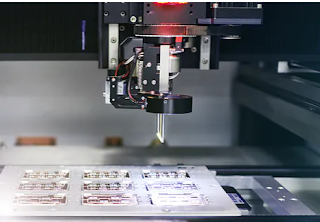 The US wants to restrict China's access to industrial machines. No EUV machines or components can go to China without US approval. Americans are lobbying to ban outdated deep ultraviolet (DUV) devices.

A ban would cut China off from the machinery needed to create semiconductors, as only a few businesses build them, with the Dutch ASML Holdings holding the highest market share (60%). Applied Materials (AMAT), Tokyo Electron, Canon, Nikon, KLA Corp., Lam Research, and SUSS Microtek are next.

This would restrict Chinese semiconductor manufacturers from producing a billion chips a day in 2020. The Chinese can't create the latest systems because they lack EUV technology, but can mass-produce older systems for vehicles, computers, laptops, and other common products.

American efforts to remove ASML from China are difficult. Japanese corporations may fill the void left by the Dutch's likely withdrawal. They don't have much production capability, though. US pressure is possible.

Cutting China off from production machines will aggravate the semiconductor market situation, which has lessened this year but remains an issue.