The successor to Samsung Galaxy Z Flip3 will be more expensive


The announcement that Samsung would be presenting the Galaxy Z Flip 4 on August 10 has been public knowledge for some time now. This model is expected to be a success based on the sales data of the model that came before it. Pricebaba discovered that the product will be sold in Europe for a starting price of 1,080 euros and will feature 128 gigabytes of storage capacity. 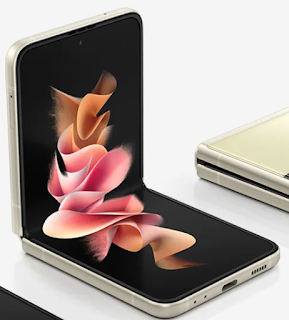 You will be required to spend a total of 1,160 and 1,280 euros to purchase the 256 and 512 GB models, respectively. This second feature is an innovation; previously, there has not been a Galaxy Z Flip model with such a huge capacity for storage.


If these figures are accurate, it would suggest that there will be additional price rises considering that the Galaxy Z Flip 3 was released in Europe with a price tag of 1,049 euros. Naturally, mobile phone makers can raise prices even more readily than they did in the past by citing inflation. However, they may have a harder time of it if consumer spending continues to fall and there remain a large number of new handsets stored in warehouses. Since it came to light that Samsung is sitting on millions of unsold cellphones in its warehouses, Samsung is also impacted by this news.
at July 26, 2022
Email ThisBlogThis!Share to TwitterShare to FacebookShare to Pinterest
Location: Karachi, Karachi City, Sindh, Pakistan