Using cocoa seeds or powder made from natural herbs has been found to help manage blood pressure and lessen artery stiffness, according to a recent small-scale study by British scientists. 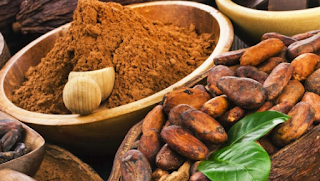 It is the edible seeds of a rare tree that are cooked in the heat of the sun to produce cocoa powder or these seeds are processed by modern machinery. It is also known as cacao or cacao, but it is more often known as cocoa. It is turned into powder and utilised in both food and medicine.

The health-promoting qualities of cocoa, which comprises over 300 different chemicals, include antioxidants, vitamin K and E, protein, calcium, sodium, potassium, zinc, phosphorus, iron, and magnesium. They are regarded as superior in many ways.

Because of this, British researchers have tried to revisit the qualities of cocoa to determine how it affects blood pressure and other conditions related to the heart.

According to "Healthline," a study was carried out by British researchers on a small number of volunteers. Twelve people were divided into two groups; one group received "cocoa," while the other received artificial capsules. Throughout the study's several weeks, all participants were monitored frequently.

Three hours after feeding, the volunteers were checked by the professionals, and then they were given access to these tests as well. The volunteers' heart rates, blood pressure, and arterial health were evaluated by experts, who discovered that those who consumed cocoa had normalised blood pressure and reduced artery stiffness.

Experts came to the conclusion that eating meals rich in "cocoa" can help lower blood pressure and keep arteries from becoming too rigid.

A person with blood pressure that is already under control or low may experience problems with it if they consume foods that contain "cocoa," according to doctors.

Further study on the relationship between eating foods containing cocoa and blood pressure and heart disease was also recommended by experts.