More people die because heat makes it hard for them to sleep.

According to a new study, extreme heat at night can increase mortality.

An excessive amount of heat at night can interfere with normal human physiology, according to a recent study that was published in the Lancet Planetary Health journal. 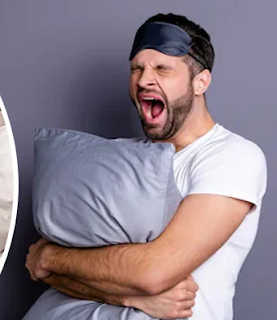 The study's results show that heat-related sleep problems can cause heart, brain, and long-term illnesses and may also weaken the immune system.

A team of experts from China, South Korea, Japan, Germany, and the United States collaborated to write this paper, which was released on August 8, 2022.

The research team calculated the number of heat-related deaths in 28 cities in China, South Korea, and Japan between 1980 and 2015. The research team compared those figures to climate change models created by the corresponding national governments.

Yuqiang Zhang, a climate scientist at the University of North Carolina's Gilling School of Global Public Health's Department of Environmental Sciences and Engineering, says that people often don't think about the risks of rising nighttime temperatures.

Scientists think that too much heat at night would increase deaths around the world by 60%, which is a lot more than what current climate change models predict.

Haidong Kan, a professor at China's Fudan University, says that governments and local officials should take into account the extra health effects of asymmetric temperature changes when figuring out how many diseases are caused by bad weather.

Researchers have found that several variations in nocturnal temperatures are caused by regional changes in temperature.

According to scientists, the potential for warming is expected to be greatest in areas with the lowest average temperatures.