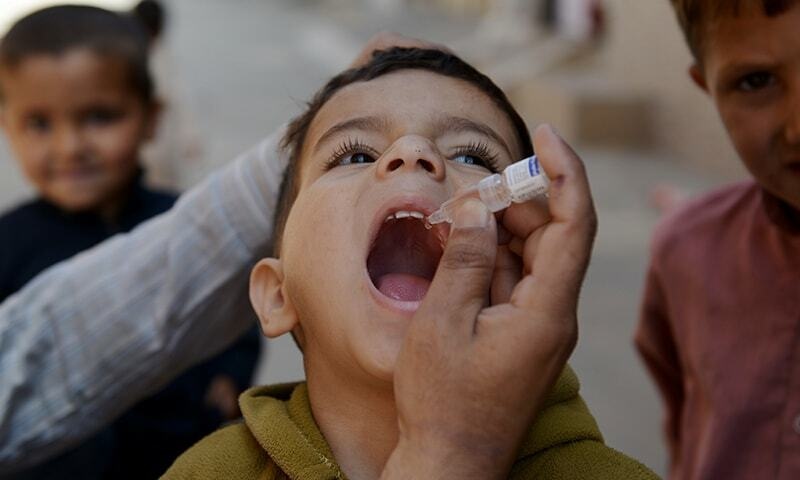 There is no cure for polio, so vaccination is the most effective protection against it—File photo: AFP

Pakistan has reported its 15th case of wild poliovirus this year after a 17-month-old boy from a tribal district in North Waziristan contracted the disease, the National Institutes of Health (NIH) said.

The Dawn newspaper report quoted an NIH official as saying that all the victims this year are under 2 years of age and the only case outside North Waziristan was reported in Lakki Marwat last month.

According to a statement from the NIH, the country's anti-polio program has continued vaccination campaigns wherever possible despite the inclement weather.

The ongoing national polio vaccination campaign began on August 22 and health workers are braving heavy rains and floods to reach children in all accessible areas.

Pakistan reported its first case of polio this year in April after being polio-free for nearly 15 months, compared to only one case last year.

Polio is a highly contagious disease caused by the poliovirus and mainly affects children under 5 years of age.

This virus can enter the nervous system and cause paralysis and even death.

Since there is no cure for this disease, vaccination is the most effective protection against it.

While repeated immunizations have saved millions of children from polio, making almost all countries polio-free, Pakistan and Afghanistan remain the only two countries where the disease still exists.