What is Aamir Khan? A Hindu or a Muslim

Aamir Khan's big revelation about his family; A new commotion arose in India

Famous actors of India Aamir Khan has made a big revelation about his family. 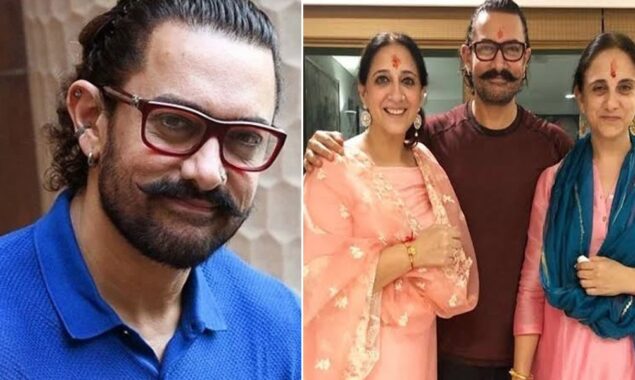 Aamir said that I had 2 marriages and both wives were Hindus while 2 sisters were also married to Hindu men.

Aamir Khan was first married to Reena Dutta early in his career and has two children, Junaid and Ira Khan.

Aamir and Reena divorced in 2002 after 16 years of marriage, however, they are still on friendly terms with their first wife and are often seen together at events.

Reena Dutta is a Hindu while Aamir is a Muslim and both their children, though Muslim by name, also celebrate Hindu festivals.

Apart from this, actor Aamir Khan married Karan Rao for the second time in 2005 and has a son Azad with him.

Aamir and Karan got divorced after 15 years of marriage, which Aamir says was because he could not spend much time with his two wives and family because of films.

Kiran Rao is also a Hindu and his son is also being brought up in both Muslim and Hindu ways.